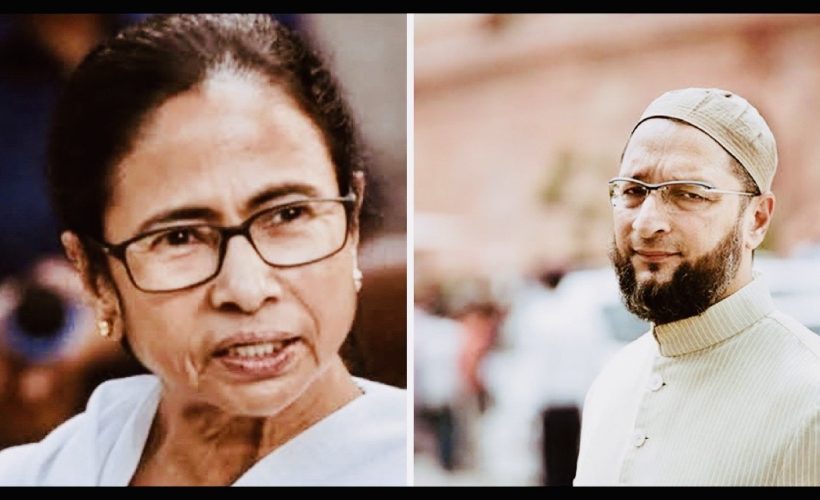 KOLKATA 4 JAN: A day after the All India Majlis-e-Ittehad-ul Muslimeen (AIMIM) chief Asaduddin Owaisi meet with Abbas Siddique Peerzada and secretary of Furfura Sharif, Siddique said they are planning to launch a separate party. Majorly, a party that will contest in the upcoming Assembly election. Also, Owaisi has assured that they would like to work closely with them.

According to Siddique, they will convene a press conference in the last week of January. Then, they will disclose the name of the party. In fact, the main aim of the party will be to highlight the deprivation of the common people in Bengal and not only be restricted to Muslims.

Siddique said, “We strongly oppose the appeasement of Muslims. And we believe in equal rights for all. So, we will highlight the plight of every citizen. We will assure them that if we come to power, then we will try to provide the basic facilities to all people that is ensured in our constitution. We spoke with Mr Owaisi too and he said that they will support our views and is keen to join hands with us in the upcoming Assembly election in Bengal.”

It may be worth mentioning that earlier, Owaisi said, “Whatever decision Abbas Siddique takes, the AIMIM will stand by him. Further, he added, “We have seen how polarised an election it was in 2019. Mausam Noor (Trinamool candidate) losing in Malda is an eye-opener.”

According to Owaisi, Malda and Murshidabad, parts of north and south Bengal have a considerable Muslim population. Muslims dominate many of these assembly segments. And, they are looking for an alternative force.

“They need a platform to express their views. We have a scope in West Bengal, but we have to talk to the local units and understand how far they are prepared to take up the challenge. Fighting an election is a different ballgame,” he added.

Sources said that although AIMIM is keen on testing the political water in Bengal, they do not have any support base. So, they have decided to ally with some Muslim organisation. Only, to be able to spread their ideas and views more quickly. As Assembly elections are just a few months away.

According to Siddique, in Bengal, not only the Muslims but all people including the Dalits have been deprived of their basic rights. Therefore, he feels that it is necessary to uphold the rights of all the people. And Siddique said he has decided to build a platform to uphold the voice of the common people.

What Trinamool Congress and BJP Feels

According to Trinamool Congress, people are aware that AIMIM is coming to Bengal. Also, they showed their eagerness to contest the polls to divide the Muslim votes.

Saugata Roy, TMC MP, said, “We are not at all perturbed. After, Owaisi decided to contest the election. As a majority of the Muslims are in favour of Banerjee, it’s not a cause for any worry for us.”

According to the 2011 census, West Bengal has  27.01 per cent minority population. Also, TMC leaders claimed that such developments do not pose any serious challenge for them.

The BJP leaders feel it’s a cause of worry for the Trinamool Congress party. Mainly, because they are the one’s who have always indulged in appeasement of Muslims.

Dilip Ghosh, state BJP president, said, “The Chief Minister is worried, but BJP is not at all worried. Those who indulge in politics of appeasement, who thought the Muslim vote is their own private property, they are the ones who are feeling threatened today. And we are confident. Muslim vote split is inevitable.”