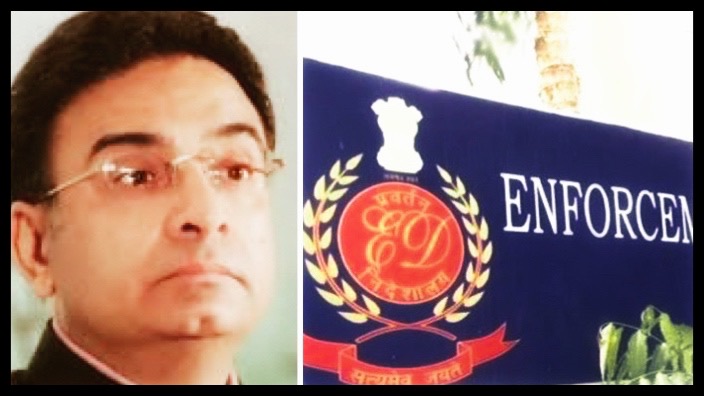 KOLKATA 13 JAN: Former Trinamool Congress (TMC) Rajya Sabha MP and businessman KD Singh has always been under the needle of suspicion for being one of the major beneficiaries of Saradha Chit Fund. Now, the Enforcement Directorate arrested Singh from his residence in New Delhi today. Allegedly, for embezzling ₹1,900 Crore and siphoning it iff abroad through Hawala. In fact, he has been arrested under various sections of PMLA (Prevention of Money Laundering Act). Also, Delhi’s Rouse Avenue Court has sent Singh to judicial custody till January 16.

According to ED sources, Singh not only is linked to siphoning money from the Alchemist group but also is suspected of receiving financial benefits from top TMC leaders.

In January 2019, the ED also attached the firm’s assets valued at over ₹239 Crore in connection with the investigations into the Alchemist group case and an alleged housing society scam.

Singh, the founder of the Alchemist group, was its chairman till 2012. Currently, he is its Chairman Emeritus. Now, the agency is probing him as part of two money laundering cases linked to an alleged ₹1,900 crore Ponzi scam. The agency has alleged that the company launched an illegal collective investment scheme. In addition, collected around ₹1,916 Crore from the public till 2015. The investigation in the case started in 2016.

KD Singh was elected to Rajya Sabha on a Trinamool Congress ticket in April 2014. But, he got sidelined in the party after the scam surfaced. His term got over in April last year.

Saugata Roy, TMC MP, said, “Singh is no more with TMC now. And the party has no connection with him.” According to Roy, the Supreme Court once said that CBI, ED is like a caged parrot following the directives of the government and it just became true now.

According to BJP leaders, this arrest will open Pandora’s box in TMC. Jayprakash Majumder, BJP leader, said, “It’s just the beginning and more top leaders who are involved in the chit fund scam will be arrested.”

Sujan Chakraborty, CPIM leader, said, “This is an eyewash. Before the elections, the central agencies became proactive. And made arrangements for arresting the accused. But, slowly it gets blurred.”