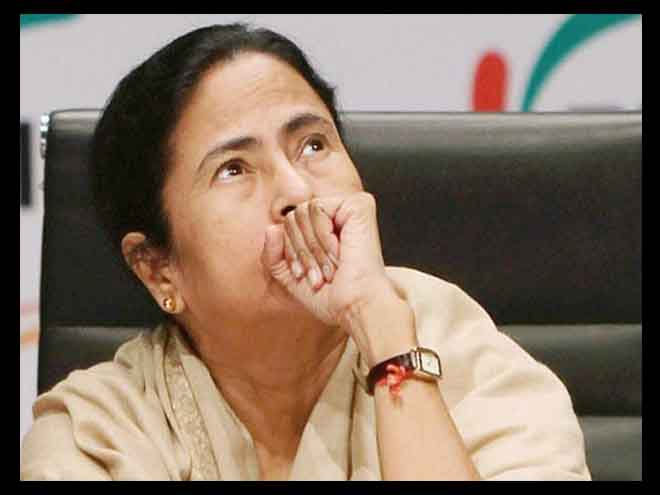 Also, Roy expressed her dissatisfaction with the party. In a cryptic post in Shatabdi Roy Facebook’s fan page she claimed that she felt hurt after being left out from various party events in her constituency.

Even rebel minister Rajib Banerjee is determined to make his ‘stand clear’ on Facebook Live tomorrow. The TMC MLA of Uttarpara in Hooghly Prabir Ghoshal also expressed his dissatisfaction over the work carried out by Duare Sarkar campaign in their locality.

Ghoshal claimed that many of the complaints registered at Duare Sarkar campaign in the district have not been looked after well. Also, it may be worth mentioning that the state education minister Partha Chatterjee has met with Banerjee several times in the past month. Besides, he attempted to resolve the discord that he is facing the party. Even Banerjee skipped cabinet meeting since December.

“For the past 10 years, I have been going to Birbhum every time people faced any difficulties there. But, for a few months, I have noticed that I have not been given any responsibilities. So, I could not work,“ added Roy.

In the Facebook post, Roy mentioned, “To the people of my constituency in Birbhum. Nowadays, many people have been asking me why I am not seen at several events.”

“I tell them I want to go everywhere. I love being with you. But I guess some people don’t want me to come to you. I don’t get many program news (sic). What can I do if I don’t know? I also feel mental pain with this,” she said.

Further, Roy mentioned how the public has lent her their support since 2009 as she added, “You have sent me to the Lok Sabha, supporting me. Hope to continue to receive your love in the future, too. After a long time, the people of Bengal have loved me just as a century verdict. I will also try to do my duty.”

Meanwhile, Banerjee, in his post, said he had always “considered social media as a major platform to reach out to everyone easily.”

“I will be live on Saturday and will interact with you all,” he added.

When Roy was asked by the reporters, whether she has informed the matter to the chief minister Mamata Banerjee, she said, “I have not talked to her yet as I felt that it might not help in any way. I also felt that if I say anything it will not create any positive impact. Even apart from the chief minister, I am not aware who I can share my feelings and that is why I shared it on facebook.”

According to sources in the TMC, Roy was accompanied by Trinamool Congress leader Kunal Ghosh later in the evening. Both headed to TMC MP Abhisekh Banerjee’s office at Camac Street.

Moreover, senior Trinamool Congress leaders are of the opinion that if any TMC leader is dissatisfied with any party work, they can coordinate with the party leadership. In fact, rather than dissenting over social media, just before the Assembly election.

Saugata Roy, TMC MP, said, “We feel that if any minister is not satisfied with the party’s work they can speak with us. As long as they are with the party, we will try to resolve their issues. Everyone leaving the party is only a loss for the party.”

According to the BJP leaders, Roy is welcome in the BJP as she expressed dissatisfaction for allowing her to work for her constituency. Jayprakash Majumder, a senior BJP leader, said, ”For the past few months, it was observed that a section of TMC leaders is dissatisfied with the party’s work. Especially, with Prashant Kishor on board. And despite informing the matter to the top leadership, the party’s senior leadership has failed to address the problem. As a result, many TMC leaders have felt the need to shift their allegiance to the saffron party.”