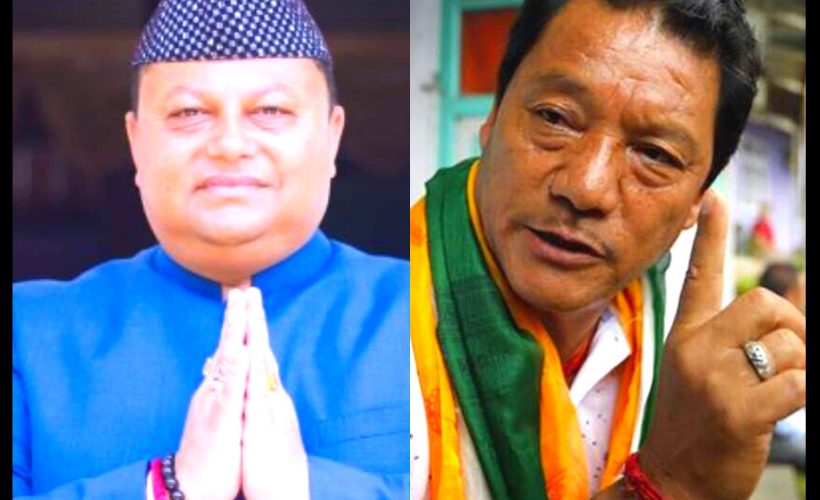 It seems that now that another regional party has made its debut in the Hills here as Thapa, who used to head a faction of the Gorkha Janmukti Morcha, has now quit and started a new political party. Even political parties keep a close watch on Thapa over speculations that he might poach followers from their parties.

According to Thapa, people from various walks of life have entered the party, and his main aim is to look after the local problems of the community and cater to their demands. The party will also highlight the need for a separate state of Gorkhaland.

Thapa said, “For a long time, there has been a demand for a separate party in the Hills that can cater to the needs of the people who are

no longer in agreement with Bimal Gurung-led GJMM1. The decision to form an independent party was taken after Binay Tamang resigned from the GJMM2 on July 15.

Anit Thapa, a former general secretary of the Gorkha Janmukti Morcha (GJM), was an ally of West Bengal’s ruling Trinamool Congress(TMC). Gurung resurfaced in 2020 and offered to support Mamata Banerjee in the Assembly polls held in March-April this year. Since 2017, Thapa was the general secretary of the GJM faction that Binoy headed Tamang, Gurung’s lieutenant-turned-rival.

On July 15, Tamang resigned and handed over the party’s flag to Gurung. He has held meetings with Gurung as well.

Sources said leaders started piling pressure on Thapa to form a new party and establish their identity independent of the Morcha after Binay Tamang had resigned from the organisation on July 15. So no more house arrest. After the meeting in Dooars on Saturday, Binay Tamang went to Bijanbari in Darjeeling on Sunday to explain to his followers why he left the party there. And he also made it clear that he would return to politics in the coming future.

Moreover, all eyes are on the new party formed in the Darjeeling hills as it would act as a litmus test for Anit Thapa and a remarkable number of political leaders in the hills as they have been associated with Thapa’s camp since 2017.

However, Bimal Gurung is also not leaving any stone unturned to regain his lost land. He has been holding public meetings in several areas, including Kolakham in Kalimpong. Gurung is also known to be desperate to gain his supporters back.

According to Bimal Gurung, in a democracy, anybody can form any political party. But it needs to be seen how far the party has been able to mobilise the people by catering to people’s demands.

Gurung said, “After 2017, a few party leaders have misused the flag of GJMM, and now the misuse period has come to an end.”