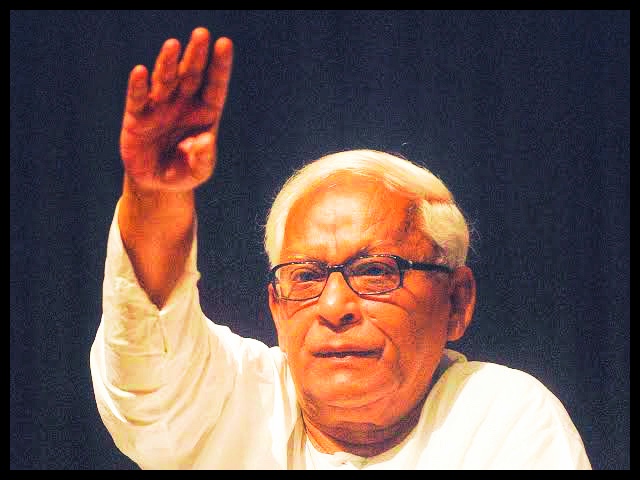 KOLKATA 30 MARCH: West Bengal’s former communist Chief Minister Buddhadeb Bhattacharjee in an audio message has slammed both the Trinamool Congress and Bharatiya Janata Party on Tuesday. In his clear message, he stated how not even a single industry has come up in the state over the past ten years. He says the ‘silence of the graveyard’ has submerged the Nandigram and Singur area in the past decade.

Incidentally, Bhattacharjee’s message comes in after chief minister Mamata Banerjee on Monday claimed that the Nandigram firing on March 14, 2007, that claimed 14 lives was an outcome of a conspiracy hatched by Sisir Adhikari and Suvendu Adhikari, the two TMC leaders of that time who have now switched allegiance to the saffron party.

However, Sisir Adhikari clarified Mamata’s statement and said whatever he did was clearly under Mamata’s instructions.

In the audio message, Bhattacharjee said that after the CPI(M) regime ended, no industries came up in Bengal, and in the past ten years of the Trinamool’s governance, there has been a decline in the overall economic growth of the state. Young boys and girls have been migrating to other states for sustaining their livelihood. Unless there is economic opportunity in the state, there won’t be any job creation.

“A total anarchy is being prevalent in the state under the TMC regime. BJP is trying to create communal polarisation. Democracy is lost and the need of the hour is CPI(M). CPI(M) has already formed a forum with other parties,” Bhattacharjee added in the audio message.

According to Bhattacharjee, there is a crisis in agriculture, and as a result, there has been a crisis in industrialisation in Bengal after the CPI(M) regime. There has been anarchy in the health sector, education sector and the state is also facing a tough phase.

Bhattacharjee’s comments have created quite a stir in the political circles. According to BJP leaders, CPI(M) has already destroyed Bengal and because of lack of employment opportunities, people have moved to other states.

Shamik Bhattacharya, BJP leader, said, “CPI(M) has failed to create job opportunities for people. Also, under the TMC regime, the situation has turned worst. Deterioration of law and order situation has completely declined. BJP is the only alternative for Bengal, now.”