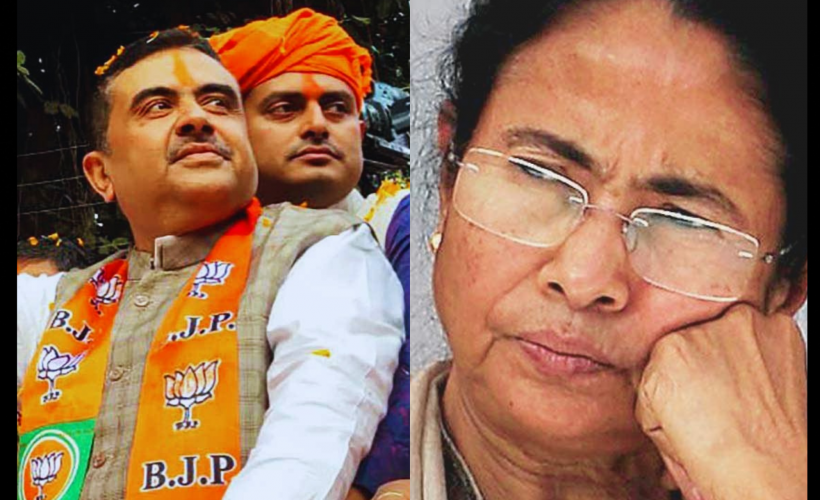 KOLKATA JUNE 16: The Bengal BJP is divided over the issue of carving out North Bengal out of West Bengal and making it a separate union territory.

Though a section of Dilip Ghosh, BJP state president, claimed the proposal to be a fake one, Suvendu Adhikari, the opposition leader, has clearly stated a few days back that there will be a bifurcation of North Bengal and West Bengal. He also mentioned that they had urged the Center to expedite the process of bifurcation in Bengal.

Echoing Adhikari, BJP leaders demanded that North Bengal be turned into a separate state or a Union territory.

Recently, a few leaders from the state BJP, along with some Union leaders, over a virtual meeting, claimed that if the region is made a Union territory, then issues like infiltration from Bangladesh could be addressed.

It may also be mentioned that a few days back, at a press conference when chief minister Mamata Banerjee was asked about BJP’s plan of bifurcation of North and West Bengal, she reacted sharply and claimed that BJP could not do whatever they feel like. Article 370 of the Indian constitution gave special status to Jammu and Kashmir, a region located in the northern part of the Indian subcontinent, administered by India as a state from 1954 to October 31, 2019, power to have a separate constitution. But it cannot apply to all states. Therefore, the Constitution of India needs to be amended. Sources in the state BJP said with the bifurcation issue, a sharp divide arose in the state BJP. Although the state BJP president has addressed the case, speculations are brewing inside the state BJP; Adhikari is trying to control the entire state BJP unit after winning from the Nandigram seat, defeating chief minister Mamata Banerjee in the just-concluded Assembly election in Bengal.

A senior BJP leader said, “We have noticed that Adhikari keeps himself very active by speaking with the central ministers and visiting New Delhi frequently to meet with the Prime Minister and the Union Home Minister right after the Assembly elections. We have also observed that Adhikari is trying to make a strong lobby of himself by gaining the confidence of a few leaders to suppress the voice of other leaders.”

Here is a tweet from Dilip Ghosh, BJP state president on this matter

Moreover, John Barla and Jayanta Roy BJP MPs of Alipurduar and Jalpaiguri also backed the pitch for a separate Union territory or separate state as they feel that separation of North Bengal is needed for the security of the region as it is located near China, Bangladesh, Bhutan, and Nepal border.

BJP MP of Darjeeling Neeraj Zimba said, “They welcome the proposal of a separate state in national interest considering the sensitive border. But at the same time, the demand of the Gorkha people should not be overlooked.”

Biswanath Chowdhury, a senior political analyst, feels that BJP’s decision to bifurcate North Bengal and South Bengal is possible. This is because article 370 and Article 371 special provisions were given to 11 states, including six states of the North East. Still, Bihar has been bifurcated, and Jharkhand has been created despite opposition from chief minister Lalu Prasad Yadav. Similarly, in the case of Uttar Pradesh also Uttarakhand had been bifurcated. However, in both these cases, the state assembly’s permission has not been taken, and the Center has passed a bill in the Parliament and has created this bifurcation.

According to Chowdhury, in the case of West Bengal, BJP has realised that divide and rule by bifurcating a state won’t be easy, and that is why there have been differences inside the state BJP unit.