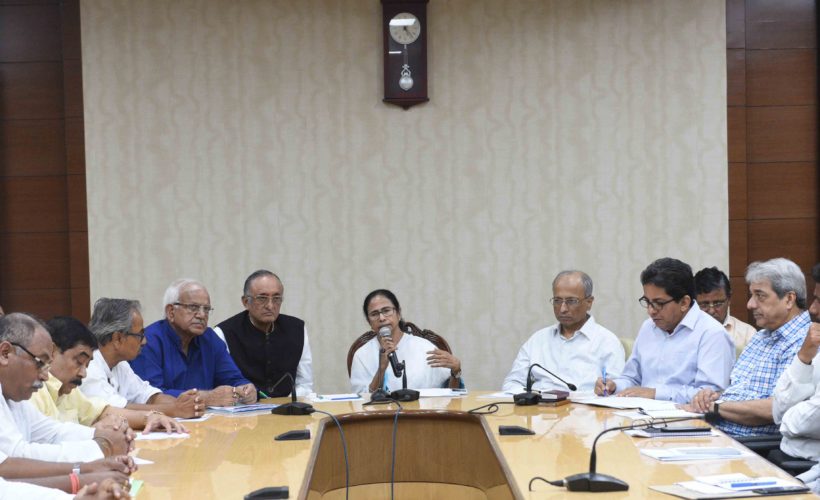 Kolkata : The West Bengal government has refused to implement the stringent new Motor Vehicles Amendment Act, set aside by the Centre, in the state claiming that increased traffic fines, which include exorbitant fines on errant drivers, will be a burden on the general public .

Speaking about the state’s decision for non-implementation, chief minister Miss Mamata Banerjee, said: “Our state is not implementing the new Motor Vehicles Amendment Act it as it’s very harsh. Such decisions should not be unilateral. Hefty fines are not always the solution to put an end to malpractices. Things should be looked at from the humanitarian point of view as well. I have spoken with my officials and they are of the opinion that if the Act is implemented in Bengal it will be burdensome for people, let alone solving the traffic problems.”

Senior officials of the state government said that the new MVA Amendment Bill, has, in its provision, increased the penalty for drunk drivingfrom Rs 2,000 to Rs 10,000. Not everyone is priviledged to bear such a hefty amount and it will be very arduous for a large section of people who don’t have that kind of money. Secondly, according to the Bill that the fine for rash driving has increased from Rs 1,000 to Rs 5,000. This huge expense is a worrying factor which prompted the government not to implement the new MVA Amendment Act in the state.

It may be mentioned that while the Gujarat government has already slashed the traffic fines up-to 90 per cent and the Karnataka government is mulling on reducing the penalties by implementing the new MVA Act, the West Bengal government on Wednesday made their stance on non-implementation clear.

Here is a tweet from Maharashtra transport minister Diwakar Raote who urged the Centre to reconsider the new Act as fines have increased exorbitantly.

Dilip Ghosh, state BJP president, said: “Laws should be stringent. Nowadays it has become a habit of Trinamool Congress government to oppose all the policies undertaken by the Union government. A state government has the power to modify the quantum of punishment provided in the Bill, but they need to implement it.”