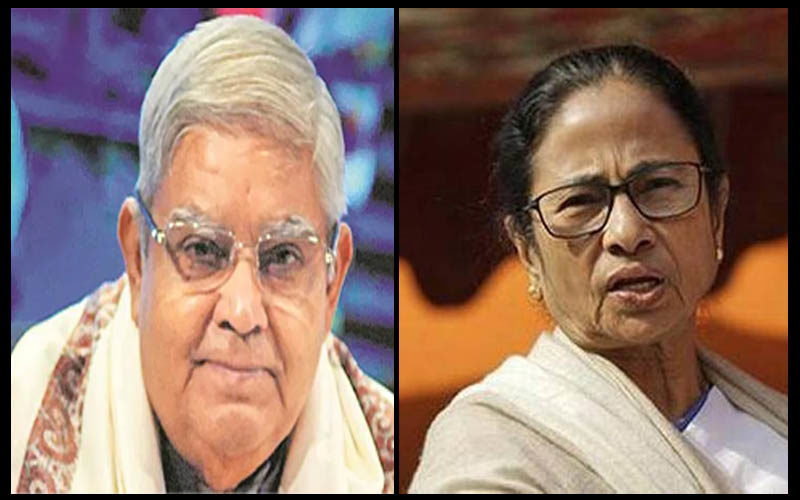 After Chief Minister Mamata Banerjee made an unscheduled appearance at the Raj Bhavan and held an hour-long meeting with the Governor, the Dhankar-Shah meeting was announced.

With Dhankar meeting Shah in New Delhi tomorrow, political analysts feel that the meeting is significant. Especially, with just a few months away from the Assembly elections.

According to sources in the Governor’s office, Dhankar is likely to focus on the present political situation in Bengal. Also, he is determined to walk any length to ensure a free and fair election in the state.

Biswanath Chakraborty, a senior political analyst, said, “Mamata Banerjee and Jagdeep Dhankhar share an acrimonious relationship. And with TMC writing to the President a few months back for the removal of Dhankhar and accusing of transgressing the constitutional limits, by regularly commenting against the state government, the meeting assumes significances.”

In addition, it is also likely that carrying out his duties ahead of the Assembly elections will be discussed in this meet.

It may be worth mentioning that time and again Dhankhar has pulled up the state government. Also, tweeted regarding the state government partisan politics. In addition, also alleged irregularities in various areas. Especially, when it came to distributing public fund for Amphan-affected victims.

Further, Dhankhar repeatedly takes to Twitter to accuse “senior police officers (of) acting as political servants”. And he has alleged that some top IPS officers in senior positions also did go against legal frameworks. He has also stressed on the need to conduct an “impartial probe” against some officers.

Here is few tweets regarding his allegation against state government’s partisan politics.

TMC’s Letter to the President to Remove Dhankar

In turn, the Trinamool Congress wrote to the President, only last month. Mainly, to seek Dhankhar’s removal. In fact, accusing him of “transgressing constitutional limits”. Mostly, by regularly commenting against the state administration and government in the public. The party also routinely refers to the Raj Bhavan as the state BJP headquarters.

Over the past few weeks, the Mamata government has also found itself at odds with the central administration. After, the Ministry of Home Affairs (MHA) sought to transfer three IPS officers posted in the state. Following an attack on the BJP president J.P. Nadda’s convoy in Bengal.

Amid these tensions, the chief minister suddenly arrived at Raj Bhavan on Wednesday evening. According to sources in the Raj Bhavan and state secretariat Nabanna, the meeting was not scheduled.

Though Governor and Mamata had an hour-long meeting, sources at Nabanna said it was only a “courtesy” call.