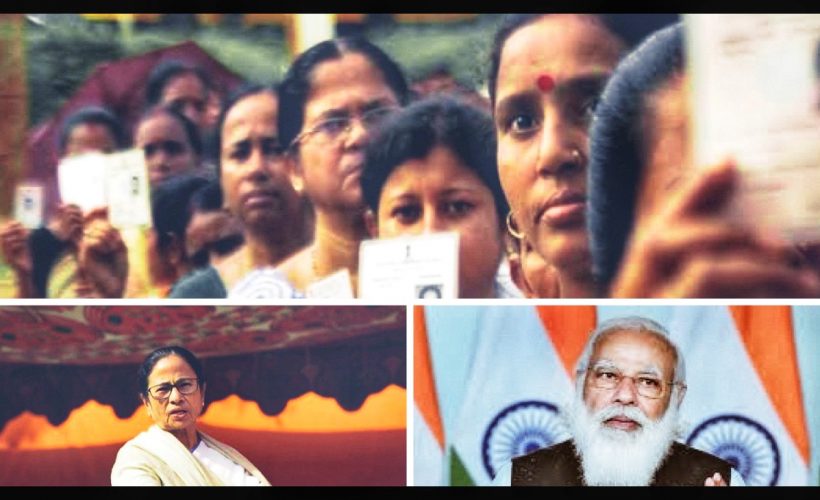 KOLKATA 7 APRIL: Singur in Hooghly district, the constituency that had catapulted Mamata Banerjee to power in 2011, is all set to enter polls in the fourth phase. The constituency is gearing up to witness a tough fight between the Bharatiya Janata Party and the Trinamool Congress. CPI(M)’s young face Srijan Bhattacharya is also up for a tough fight to garner maximum votes in his favour.

While the Trinamool Congress leaders claimed that although Rabindranath Bhattacharya, a former TMC MLA who had joined BJP only a few months back, has not been able to break the ice with the voters of Singur. Here, the locals consider Mamata Banerjee, the spearhead of the anti-land acquisition movement.

In Singur, former TMC MLA Rabindranath Bhattacharya who joined BJP recently will be pitted against TMC MLA Becharam Manna. Also, Doodh Kumar Dhara, a member of TMC-backed Singur Panchayat Samiti, said, “Despite Bhattacharya’s men trying to break TMC’s bastion in Singur, this time it is difficult to break the ice with the voters. People do not like treacherous leaders. And Bhattacharya despite his good image failed to find a place in people’s hearts.”

According to the figures received from the Election Commission, out of a total number of 2,72153, voters  65.17 per cent is rural and 34.83 per cent is urban population. In Singur, 77 per cent is Hindu and 23 per cent is Muslim.

Senior Trinamool Congress leadership are of the opinion that out of 997 acres of land in the five Mouzas of Singur including, Khaserberi, Singherbheri, Bajemelia, Gopalnagar, and Beraberia, 250 acres can be made cultivable, and the rest 747 acres cannot be made available for cultivation.

Meanwhile, the BJP leaders are portraying this narrative that due to Mamata Banerjee’s approach towards non-industrialisation, the Tata Nano factory had moved to Sanand, the TMC leaders have been claiming that it was people who catapulted Banerjee. This was mainly due to her forceful land acquisition policy.

According to BJP leaders, people are disgusted with TMC candidate Becharam Manna because of his tainted image.

Also, seemingly Manna was involved in the ‘cut money’ and syndicate business and people simply have faith in Bhattacharya because of his good image. In addition, Bhattacharya has also been quite familiar to people in his constituency as Master Moshai (teacher).

Srijan Bhattacharya, a 13-years-old when Singur was on the boil and at 27 years of age, an SFI leader from this constituency is mainly attempting to raise the debate of industrialisation versus agriculture.

Bhattacharya said, “In Singur, it was never agriculture versus industry. It was about an industry that can be built on the success of agriculture.”

Sources in the state BJP said that although TMC is trying to portray a negative image of Bhattacharya by raising doubts on him to be a treacherous person, he had quit the party. This was mainly because he could not possibly work in that environment and people had taken him for granted to be there and work for them.

Sanjay Panda, vice president of Hooghly Zilla Parishad Chairman, said, “We are confident of winning from Singur, as there is the wave of Modi Tsunami sweeping the entire Bengal. Despite TMC’s attempt to portray a negative image of Bhattacharya, BJP will sweep victory from Singur.”

Rabindranath Bhattacharya, a BJP candidate from Singur, said, “The way people have come out in the rally of Amit Shah this Wednesday shows how people are in favour of BJP. I have already shared the story behind my departure from TMC. I felt claustrophobic and I could not work there. As a result, I am confident of winning from my constituency now. Although TMC can say that I am a treacherous person, but people in Singur know that I have always stood up for them.”