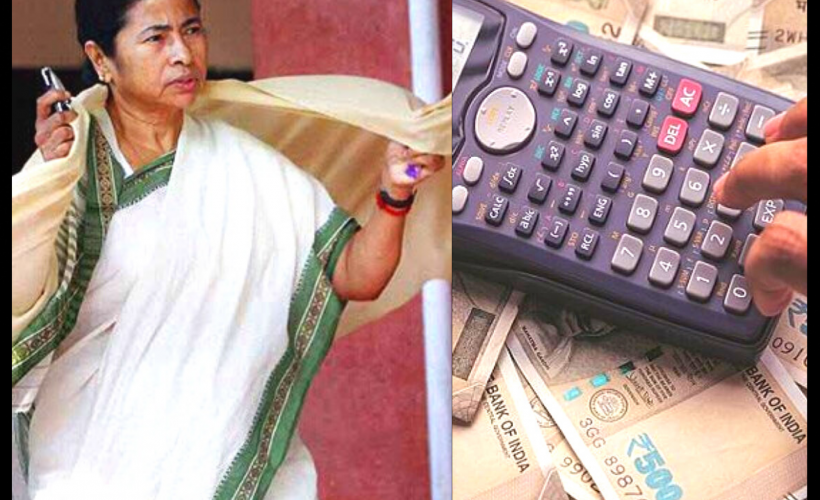 KOLKATA 10 SEPT:  The Bhowanipore by-election has become a battle royal between BJP and Trinamool Congress with the saffron party, throwing all in all its might behind its candidate Priyanka Tibrewal who is pitted against the chief minister, Mamata Banerjee. The election is scheduled on September 30.

Both the parties have drawn extensive plans and chalked out strategies to woo the voters. While the BJP is bringing in its central leaders, Union minister Hardeep Singh Puri, national secretary Shahnawaz Hussain,

Dinesh Trivedi, who will be campaigning in different wards. The TMC has also assigned each of eight wards to its leaders like Subrata Bakshi, Firhad Hakim, Subrata Mukherjee, Debasish Kumar, and Partha Chatterjee.

Tibrewal, a lawyer by profession, has been selected mainly because of the non-Bengali voters of Bhowanipore, who form a bulk of the population.

On Thursday, Mamata Banerjee filed her nomination for the Bhowanipore,a seat at the Alipore seat.

Banerjee, a resident of Bhowanipore, had won the seat twice in 2011 and 2016 but shifted to Nandigram, where the anti-farmland acquisition, the movement against the Left-Front government had transformed her into a major political force in the volatile state, to dare her former protege and now a BJP leader Suvendu Adhikari on his home turf.

Though Banerjee powered the TMC to a resounding win for a third straight term in office, she lost in Nandigram. She now must win Bhowanipore to ensure an unbroken stint as the Chief Minister.

Banerjee is required to win a seat in the state assembly by November 5 in conformity with the constitutional provisions in order to continue as the Chief Minister.

The Constitution allows a non-member of a state legislature or the Parliament to continue in a ministerial position without getting elected only for six months.

After her defeat in Nandigram, Sovandeb Chattopadhyay, the state Cabinet Minister, and the TMC MLA from Bhowanipore vacated the seat to facilitate her return to the assembly from there.

Who is Priyanka Tibrewal?

Tibrewal joined the BJP in 2014 after being suggested by Babul Supriyo. She has been assigned to look after all the legal matters pertaining to the party. Tibrewal is the primary petitioner in West Bengal‘s post-poll violence case.

In 2015, she contested the Kolkata Municipal Corporation elections from ward number 58, Entally, as a BJP candidate, but she lost to the Trinamool Congress’s Swapan Samaddar.

During her little more than six years in the BJP, she has handled many important assignments, and in August 2020, she was made the vice president of the Bharatiya Janata Yuva Morcha (BJYM) in West Bengal.

She contested the assembly elections this year from Entally but lost to the TMC’s Swarna Kamal Saha by a margin of 58,257 votes.

Tibrewal was born on July 7, 1981, in Kolkata. She studied at Welland Gouldsmith School and graduated from Delhi University. After that, she got a law degree from Hazra Law College under Calcutta University in 2007. She also did an MBA course from Assumption University of Thailand.

According to the BJP state president Dilip Ghosh, they approached a couple of BJP leaders, and she emerged as their candidate because she is an excellent taskmaster and hardworking too. There are some who refused to contest. After many consultations, the central leadership has decided to field her.

“I hope she will give her best, and people will certainly understand that this battle for Mamata Banerjee is just to retain the CM’s chair, but for us, it is a battle to bring back the lost glory of Bengal. And I am sure Priyanka will pave the way for it by defeating Mamata Banerjee. We think she can give a good fight against the Chief Minister because of her good communication skills. She is a very fine orator as well. She is known in the area as she is well connected with the residents of Bhabanipur. I am sure that she will bring some good news to the party. To be very precise, we were looking for a fearless face who can highlight the real issues in Bengal, and Priyanka fits in there.” added Ghosh.