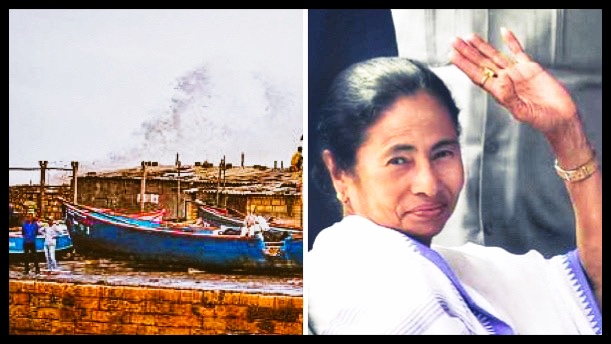 DIAMOND HARBOUR, 2 APRIL: Although South 24 Parganas, which is the bastion of the Trinamool Congress is all set to witness a triangular fight this time with the Congress, CPI(M) and Indian Secular Front (ISF) led by a Muslim cleric Abbas Siddiqui. In particular, Siddiqui is playing an important role, but it seems that it could not possibly break the ice with the voters of Diamond Harbour. Despite allegations of rampant corruption post-Amphan during the distribution of relief materials and the ‘cut money’ issue, the voters still continue to believe that Trinamool Congress can really usher in the required changes in their constituency.

It is worth noting that the Bharatiya Janata Party that has not made such an impact or had any success in the formerly Communist-governed state of Bengal, now believes that it is within a striking distance from coming to power. Also, it seems like that the party is not sparing any effort. A steady stream of union ministers led by Prime Minister Narendra Modi and Union Home Minister Amit Shah apart from the top BJP functionaries such as party chief JP Nadda, RSS leaders from Sarsanghchalak Mohan Bhagwat down, and chief ministers of BJP-governed states such as Yogi Adityanath have all been touring Bengal in continuous succession for months already.

Moreover, in the third poll phase, 31 Assembly constituencies will go into the polls all set to be scheduled on April 6. A part of South 24 Parganas districts such as Basanti, Kultali, Kulpi, Raidighi, Mandirbazzar, Baruipur Purba Jaynagar, CanningPaschim, Canning Purba, Baruipur Paschim, Magrahat Purba, Magrahat Paschim, Diamond Harbour, Falta, Satgachia of South 24 Parganas will all vote in the third phase polls.

According to the villagers of Diamond Harbour, despite all allegations of corruption, cut money and syndicate raj against the ruling party, BJP workers have failed to make inroads in the entire South 24 Parganas districts. In addition, they have failed to build up a grassroots-level workers’ force to carry out the political activities here, too.

Babulal Mondal, a resident of Diamond Harbour, said, “We are aware that the TMC government has indulged in corruption, but we have also seen how the BJP government is making false promises and so despite the negative image of the Trinamool Congress, TMC will win from this constituency.”

Meanwhile, senior Trinamool Congress leaders claimed that although BJP has been desperately trying to raise the issue of corruption against TMC leadership, people in the area have also witnessed the development work that has been carried out by the TMC. So, BJP’s attempt to bring a negative picture of TMC seems to be fading away.

A senior TMC leader, said, “Although BJP leaders have tried to bring communal divide between Hindus and Muslims in the area, it was futile as it could not break the solidarity in the area.”

In Diamond Harbour, there is a total of about 2,64,000 voters here and out of them, 46 per cent in the Muslim population and the rest 54 per cent is the Hindu population. Here, the TMC candidate Pannalal Halder is pitted against BJP’s Dipak Halder. In fact, Halder was a former sitting TMC MLA from Diamond Harbour who switched parties only a few months ago.

Pannalal Halder, the TMC candidate, said, “Although BJP leaders are trying to portray that TMC leaders do not get any free hand to work and TMC party has become a company of only a few individuals, they cannot break TMC’s ground network and the development work carried by TMC. So, I am  confident of winning from Diamond Harbour.”