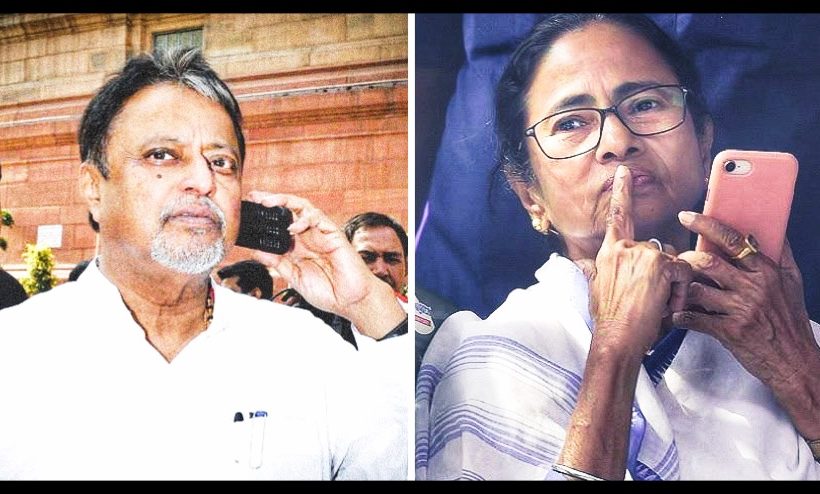 KOLKATA 27 MARCH: Just ahead of the Assembly election, in one of the high-profile areas of Nandigram, the war of words between the Bharatiya Janata Party and the Trinamool Congress begins to intensify, after BJP released a purported audio message of Bengal chief minister Mamata Banerjee in conversation with a BJP leader of Nandigram Proloy Pal asking the leader to lend support to her to win the election in Nandigram.

TMC has also released a counter purported tape of a conversation between two leaders of the saffron party, Mukul Roy and Shishir Bajoria, on how to influence the Election Commission of India.

While polling was underway for Phase 1 of the Assembly poll in Bengal, this has led to huge controversy.

According to Bajoria, in the audiotape, it was found that Banerjee was speaking with Pal and urging him to help her to garner votes in Nandigram. He said, “It only shows TMC’s utter desperation to win the Nandigram seats. From the conversation, it is quite clear that Banerjee is headed to lose from this constituency.”

Moreover, Proloy Pal added, “I got a call from Banerjee on Saturday morning. Banerjee was asking me to help her in gathering votes. I told her that I have already left the party and now I am committed to BJP. So, I cannot help her.“

According to claims, in the leaked audiotape, Banerjee was allegedly found pleading with Pal to help her during the election. Also, Pal was found to be listening in to what she had to say. Then, it was also found in the clip that Pal humbly but firmly refused to betray his present party and allegiance with the Adhikari family. Though Pal ended the conversation requesting her to excuse him, Banerjee was allegedly heard to be still requesting him to consider the proposal before the phone conversation ended.

Further, in the leaked clip, it was found that Pal is claiming that he was debarred from getting the Scheduled Caste certificate, despite his family serving the TMC for the past few years.

In fact, the purported video has created quite a stir in political circles. With the BJP claiming that Mamata Banerjee is begging for votes.

Subrata Mukherjee, TMC leader, said, “The leaked clip needs to be investigated. It is not the full conversation that BJP has submitted to the EC. Even, if the conversation is true, we do not feel there is anything wrong here. As a leader can always speak with a former party worker.”

On the other hand, TMC has also submitted an audio clip of Mukul Roy in conversation with Shishir Bajoria. Mainly, where Roy was allegedly found speaking with Bajoria talking about finding ways to influence the EC. In the clip, Roy seems to be telling Bajoria that they must approach the poll body to make amends in their laws so that others are allowed to be booth agents. Also, not just in localities, or else the party would not be able to give agents in large sections of the poll booths.

Furthermore, the ruling party has claimed that soon after the saffron party made the representation before the Election Commission, the authority changed the rules in favour of the party without any consultation with any other political parties.

Nandigram seat is all set to go to poll on April 1. It is seated at the center of the Bengal battle between the TMC and its staunch rival party BJP. Mainly, it is because the saffron party has fielded former aide and TMC heavyweight Suvendu Adhikari against Mamata on this high-profile seat. In addition, Adhikari had played a key role in TMC’s 2011 victory, dismantling the Left Front from power from this area after a 34-year of non-stop rule.