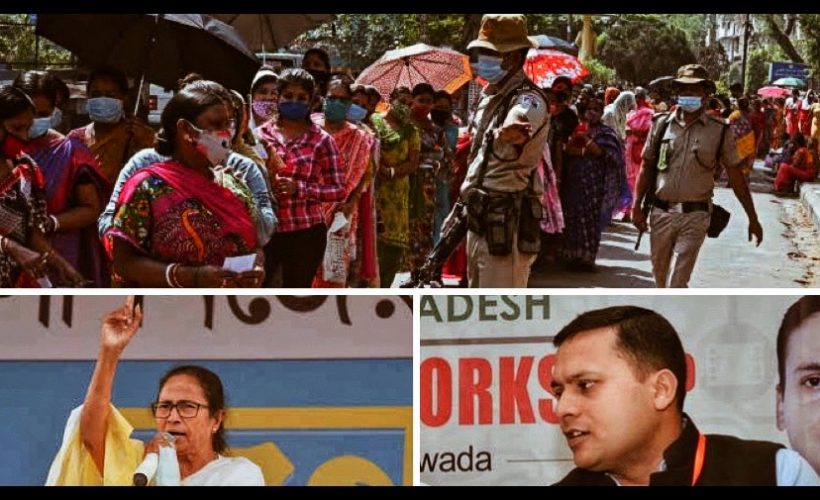 KOLKATA 17 APRIL: A day after the Bharatiya Janata Party released a purported videotape of the conversation between West Bengal Chief Minister Mamata Banerjee and Trinamool Congress Sitalkuchi constituency candidate Parthapratim Roy, Banerjee has now ordered a fresh CID inquiry on the entire issue. The conversation in the released video clip revolved around the last week’s firing incident at Sitalkuchi.

Significantly, the BJP and the TMC have both submitted letters to the Election Commission (EC) demanding action against each other.

On Friday, the BJP national IT cell-in-charge Amit Malviya released an audiotape of the purported conversation between the Bengal Chief Minister Mamata Banerjee and TMC candidate from the Sitalkuchi constituency Parthapratim Roy. Particularly, in the alleged tape, it was found that Banerjee is asking Roy to hold on to the bodies so that the party can hold a rally with the fallen. Also, in the alleged conversation, it was also found that Mamata allegedly claimed to frame charges against the IC and the SP. While BJP leaders claimed that Banerjee is indulging in politics with the bodies as evident from the conversation.

“In the audiotape, it was heard that she is asking her party candidates to frame a case in such a way that both the superintendent of police and other central forces personnel can be framed. Is this expected from the chief minister? She is trying to instill a sense of fear,” added Malviya.

A delegation of BJP leaders including Swapan Dasgupta on Saturday submitted a memorandum to the Election Commission. Also, submitted the audiotape claiming that it could lead to an untoward incident.

However, a delegation of TMC leaders also submitted a memorandum accusing the BJP of illegally recording a conversation between Mamata Banerjee and Roy. They claimed that the entire exercise is an illegal act and is a direct assault on legal rights including the Right to Privacy. For such a gross violation, the consequences of the said act of BJP, necessary steps for prosecution under criminal law should be taken separately.

Sporadic violence marked 45 Assembly constituencies in the state on the fifth phase polls. In the morning, there was a clash between the TMC and BJP supporters at Shantinagar in Salt Lake. Both parties traded charges against each other. Both the parties accused each other of preventing either party from entering the booth for polling.

In addition, an incident of firing was reported from Kudulgachia Deganga in North 24 Pargana. While ADG law and order denied the firing and followed by the CRPF who denied any firing incident, local people claimed that CRPF actually opened fire. As a result, EC has sought a report from the police on this incident. In Siliguri, a scuffle broke out between TMC and CPI(M) supporters outside a polling booth. In another separate incident, TMC, and BJP clashed after voters were prohibited from entering the booth in Bijapur, North 24 Pargana.