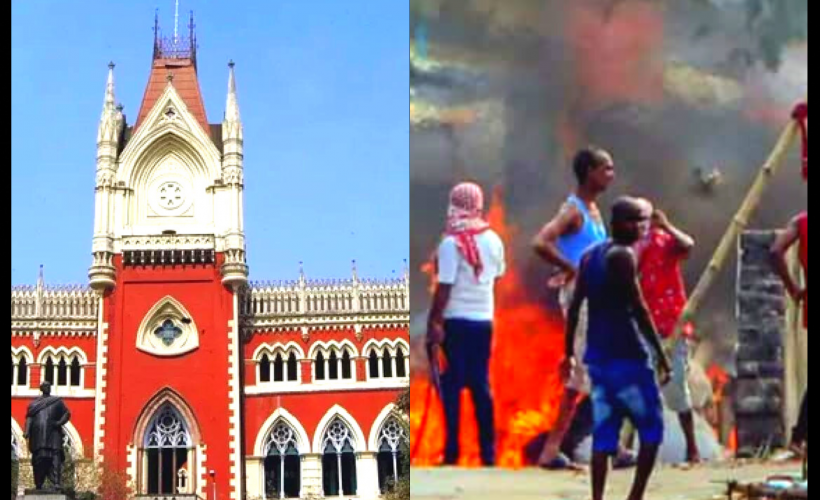 KOLKATA 19 AUG: In a snub to state government, today, the Calcutta High Court ordered a CBI inquiry into crimes like murder and rape mentioned in the NHRC report during the post-poll violence after May.

The Court also ordered a special investigation team (SIT) headed by Suman Bala Sahoo director-general officer West Bengal police to probe into the violence after the West Bengal elections held in May.

The order is a setback to the ruling Trinamool Congress government when Chief Minister Mamata Banerjee is looking beyond Bengal to set their footprint in other states.

The state government had maintained that the violence broke out before the administration took over. The SIT comprises other members, including the commissioner of police Soumen Mitra and an additional director general of police.

The NHRC team came to West Bengal after the elections to take stock of post-poll violence. The investigations, both by the CBI and the SIT, will be monitored by the Court and a status report is to be filed six weeks from the date of the order, the Court said.

According to the High Court order, for other cases, as have been referred to in the report of the Committee, a Special Investigation Team has been constituted for monitoring the investigation.

Suman Bala Sahoo shall head the unit,  Soumen Mitra and Ranveer Kumar, all IPS officers of the West Bengal cadre, shall be its members. The working of the SIT shall be overviewed by a retired Hon’ble Judge of the Supreme Court.

Sahoo, an 1987-batch IPS officer, is one of the five DG-ranked officers who are empaneled for the post of Bengal’s DGP and the only woman IPS to hold such a rank in the state now.  Both Mitra and Kumar are straight forward , upright officer and they have been known for their honesty and integrity.

The Court order also mentioned that the State should spare their services for the purpose, as and when required, and shall not take any adverse action against them without specific permission of the Court. A retired Hon’ble Judge shall overview the working of the SIT of the Supreme Court, for which separate order shall be passed after taking their consent.

Meanwhile, a committee of the National Human Rights Commission, which the Calcutta High Court ordered to investigate the allegations, had recommended a court-monitored investigation by the CBI or the SIT and compensation to the victims in its report.

Bengal Chief Minister Mamata Banerjee and her ministers had alleged that the NHRC committee was politically motivated as many NHRC members belong to political parties of BJP.

TMC leaders are likely to appeal to a higher authority against Calcutta High Court’s decision.

Sougata Roy, TMC MP, said, “We cannot comment on the court matter. But we are not happy with the verdict of the Court. We may appeal to a higher court.”

The BJP leaders have complete faith in the judiciary, and they welcomed the Court’s decision.

Dilip Ghosh, state BJP president, said, “We welcomed the Court’s decision. We have seen how common people faced threats from TMC goons and the verdict ultimately shows that people have got justice.”