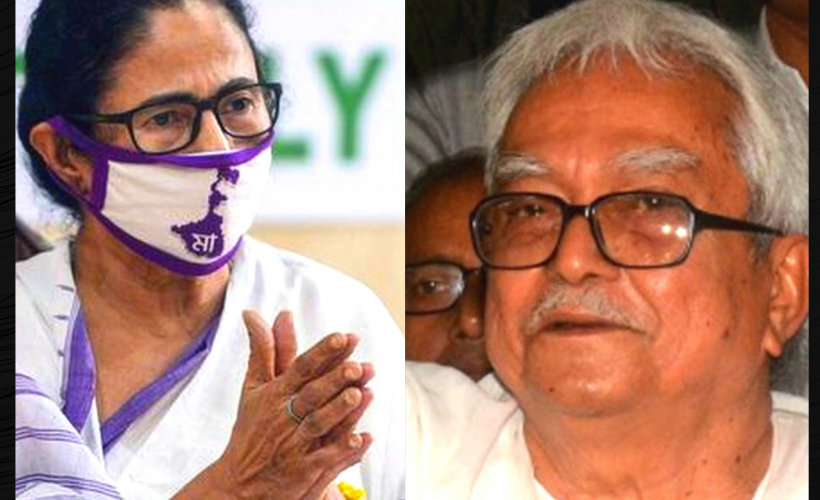 KOLKATA 27 JULY: In a bid to, presumably, keep themselves relevant in state politics, the CPI(M) has declared that they were not opposed to an alliance with TMC, so far their bete noir, if it is a question to fight BJP.

On Monday, CPI(M) politburo member Biman Bose said they are ready to work with any anti-BJP party to oust BJP from power in the 2024 Lok Sabha polls.

When asked by reporters whether CPI(M) will be with the TMC to prevent the BJP from coming to power in the 2024 Lok Sabha polls, Bose said, “We are ready to work with any anti-BJP party. This has been our stance whenever the need arose for a big movement against divisive forces from Kashmir to Kanyakumari.”

The CPI(M)-led Left Front, the Congress, and the newly-formed Indian Secular Front (ISF) formed an alliance and contested the assembly election held earlier this year. The parties had declared that both the TMC and the BJP are their principal enemies. Like the Left Party, the Congress too drew a blank in the election while the ISF emerged victorious in one seat.

However, top CPI(M) sources said that Bose’s comments do not signify any immediate shift in the party’s stance as he made that statement in response to a reporter’s query. “To effect such a change in policy matters, the party has to pass a resolution after taking up the issue at its state committee meeting,” a senior CPI(M) leader said. On the issue of continuing with the alliance with the Congress, Bose said, “So far we are concerned, we are not severing ties with anyone.”

Significantly on 9 June 2014, chief minister Mamata Banerjee invited Bose at Nabanna , the state secretariat and listened to the atrocities committed by the TMC workers on CPI(M) workers. Their discussions, over plates of fish fry, cream rolls and Darjeeling tea, sent Kolkata’s rumour mills into overdrive.

The cordial meeting between the rivals comes in the wake of a series of resounding victories for the TMC in the Lok Sabha elections, where it won 34 of 42 seats. Banerjee and Bose met to discuss the rise of the Bharatiya Janata Party in the state, and the implication of this rise on secular politics in the state. Banerjee had received several requests for meetings from left leaders and unions in the past but chose not to meet. The political threat posed by the BJP after its own impressive performance in the general elections has seemingly changed Banerjee’s mind.

In a dig at the CPI(M), BJP spokesman Shamik Bhattacharya claimed that the Marxists have surrendered before the TMC forgetting the atrocities

they faced in the past ten years of Mamata Banerjee’s rule. “The CPI(M) has forgotten the attack on its activists in 2018 panchayat polls by the Trinamool Congress and is ready to join hands with a bloodthirsty party like the TMC. After losing relevance in the state, they have lost all self respect,” he said. If the TMC and the CPI(M), which have been thriving on opposing each other for long, form such an opportunistic alliance to stop the BJP, they will be rejected by people, Bhattacharya claimed.

According to TMC, they welcomed the CPI(M) proposal as they feel that to fight the BJP, there is a need for an all collective Front, and irrespective of the differences, everybody should come forward.

Tapas Roy, TMC leader, said, “BJP is trying to create a religious divide between Hindus and Muslims, and under their regime, no constructive

policy has been taken. To fight BJP, there is a need for a coalition for all anti-BJP forces. Our party supremo Mamata Banerjee has been relentlessly working hard to stitch an Opposition unity despite the differences, and so this is a welcome proposal.”

It may be mentioned that the Mamata Banerjee-led party came to power in West Bengal in 2011, ousting the 34-year-old Left Front government.The TMC has been ruling the state since then.