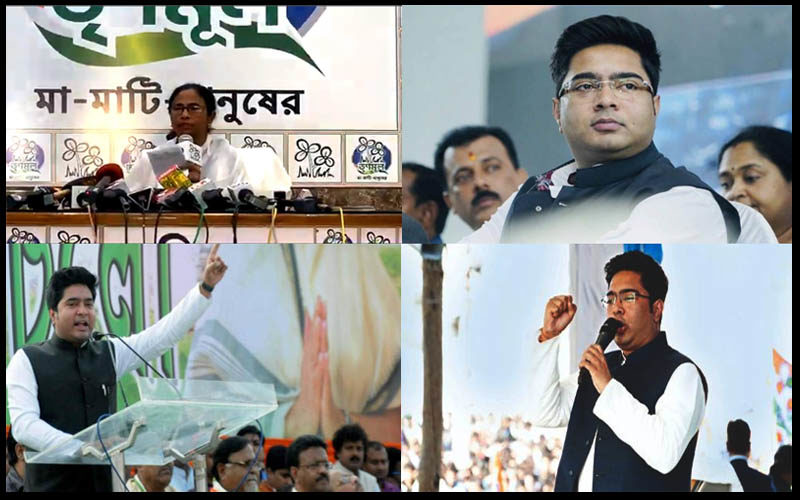 KOLKATA 1 DEC: Just five months ahead of the Bengal Assembly elections scheduled for next year, TMC is now quite tormented with an internal fierce feud. Especially, among a series of party leaders. In fact, Jatu Lahiri, Suvendu Adhikari, Mihir Goswami, Biswanath Parial, Silbhadra Dutta to name the prominent leaders who have raised the flags of revolt against the party leadership,prompting the ruling party engaging its poll strategist Prashant Kishor to run from pillar to post to douse the fire of rebellion in the party.

Though several leaders are rumoured to be in talks with the saffron party, Mihir Goswami has already joined hands with BJP.

Later, Dutta said, “It would have been wiser if any TMC members visited his house. And spoke with him personally to know the grievances.”

According to Jatu Lahiri, TMC MLA, the party lost its relevance. In fact, the party started to record losses soon after Prashant Kishor was ushered into the party. In addition, Lahiri slammed Kishor. He said that PK is the “Main reason behind all the problems within the party. They have been rented into the party.”

Further, Lahiri also indicated that he might also leave the party soon. He said, “I have joined the party. Just because of Mamata Banerjee. She should run the party on her own.”

Besides, Lahiri also did comment about Suvendu Adhikari’s resignation. He said, “Suvendu Adhikari was able to get out of the fascination for the post of a minister. There are many problems within the party. We all are sad about this. The common people are not getting any services. The Howrah Municipal Corporation election is due for the last two years. The members associated with Kishor have forced me to hold several programmes. But, no one should have the right to force anyone else for organising programmes.”

Even Prashant Kishore’s team spoke with Suvendu Adhikari and tried to know the reasons why he is aggrieved with the party.

“I don’t know from where they (members associated with Kishor) are getting so much money,” said Lahiri added

Notably, it may be mentioned that a few days back state president of BJP,  Dilip Ghosh said that their party will welcome all dissident leaders from TMC. Also, he has named a few leaders like Saugata Roy, Rabindranath Ghosh, Goutam Deb as prospective candidates for saffron membership.

Imankalyan Lahiri, a senior political analyst and a senior Professor of International Relations, Jadavpur University, said, “With the list of the dissident TMC increasing every day, there is a need for the leadership to address the issue sensibly. As dissident TMC leaders will form a major factor in deciding the majority of the votes.”

Meanwhile, TMC also did speak with Pirzada Toha Siddique. Siddiqui is an influential cleric of Futura Sharif in Hooghly district. On Tuesday, to reduce the faction of the Muslim votes.

Already, with Hyderabad-based AIMIM member has decided to fight the Assembly election in Bengal. Now, TMC is trying all out to woo the Muslim leaders to reduce the split in Muslim vote bank. Also, several dissident AIMIM leaders did join TMC a few days back.

Meanwhile, according to sources in the party, Siddiqui said that how a faction of leaders is disgruntled with Mamata. Mainly, because of her over-dependence for her nephew Abhisekh Banerjee.

“Sudhu bhaipo, bhaipo korle hobe na,senior netarao achhen (don’t look for the nephew only, senior leaders are also there in the party). The chief minister should sit in on a meeting with experienced senior leaders like Suvendu Adhikari to solve the intra-party feud in Trinamool Congress,” Siddique added.

When asked about Asaduddin Owaisi’s’ AIMIM proposal for an electoral alliance with TMC, especially in the forthcoming Assembly elections, Siddiqui commented, “Muslims in Bengal will never support this kind of political move. Only, because this state is secular. AIMIM backed by the BJP wants to damage the secular fabric of this state. Earlier, I was also a supporter of Asaduddin’s party. But, I am now disillusioned with it,” he added.

In fact, AIMIM has bagged five Assembly seats in Bihar prompting the RJD-led Grand Alliance to allege that BJP is conniving.

With election banging on the door in West Bengal, chief minister Mamata Banerjee has taken another populist step to win the hearts of the people.

Further, she has initiated an outreach program ‘Duare Sarkar’. In fact, where government schemes will be delivered to the beneficiaries at their doorsteps. Especially, through camps organised at the gram panchayat, municipality ward level.

On Tuesday, chief minister Mamata Banerjee said that the scheme received good response. Also, on the first day 1.18 lakh people have registered their names for the ‘Duare Sarkar’ scheme( government at the doorstep).

“We will try to solve each and every grievance in a timely manner,” added Banerjee.

Mainly, this did receive widespread criticism from the Opposition parties.

Dilip Ghosh, the state president, BJP, said, “Banerjee has announced several schemes. But, the beneficiaries are not getting the benefits of the schemes. As the TMC leaders have accepted bribery. And still did not provide the benefit. Now, with the election approaching in Bengal, the state government has decided to provide this out-reach program to woo more voters.

According to CPI(M) leader, Sujan Chakraborty, this out-reach program, shows the panchayat system has been defunct. In fact, such an initiative needs to be taken.

Pardip Bhattacharya, a Congress leader, said, “It’s good that the chief minister has taken such a decision to start an outreach program. But, I want to know whether people’s grievances are met or not.

Furthermore, a widespread criticism from the Opposition parties who in fact, claim that as a result of internal feud, TMC’s panchayat level now seems to break down.