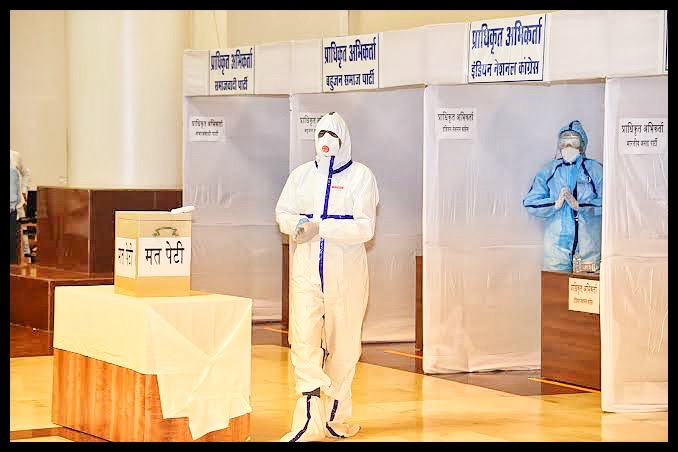 KOLKATA 21 AUG: Keeping in mind the upcoming Assembly Polls, the Election Commission on Friday issued fresh guidelines for the conduct of elections during the pandemic year. After considering several suggestions that were submitted by various political parties and chief electoral officers of state and union territories, the poll director said that only five members would be allowed to go on a door-to-door campaign. It also restricted the candidate campaign for roadshows to just five vehicles, among several other plans.

Bihar is the first state that goes to elections amid the pandemic. The polls are likely to be held sometime in October-November. While West Bengal heads to its assembly elections next year (dates to be decided).

These guidelines need to be now implemented with the full cooperation from the district authorities.

However, the new guidelines do not talk about virtual rallies and digital campaigns. Several by-polls were recently postponed mainly due to the novel coronavirus and heavy rains. A fresh schedule remains to be announced as of now.