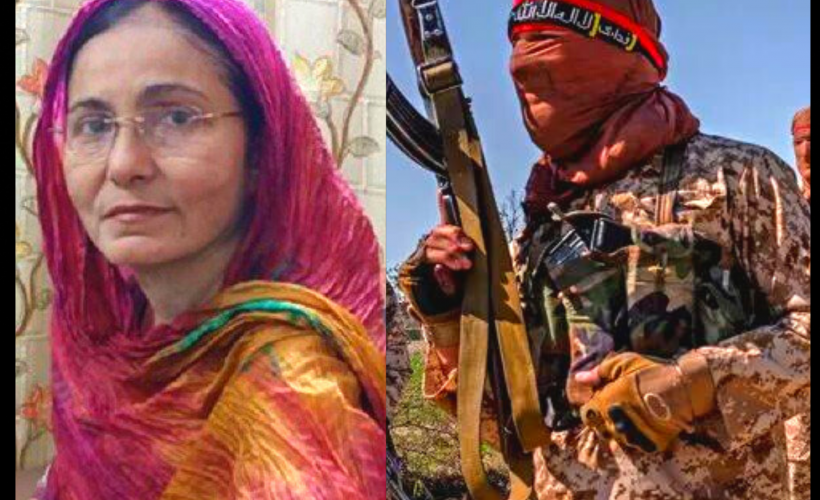 KOLKATA 16 AUG: Yasmin Nigar Khan, great-granddaughter of Khan Abdul Gaffar Khan, an Afghan woman, and president of All India Pakhtoon Jirga-e-Hind, an organisation that looks after the welfare of the Pashtuns feel that she spoke with her friends in Afghanistan and thought that a section of Afghanistan administration conspired with the United States of America and created a situation by which the USA troops got the opportunity to leave the country and Taliban could be brought in to serve their vested interest.

According to Khan, for the past two months, there has been an intense fight at the Paktika province near Ghazni city, and after speaking with the residents there, she came to know that although the Afghan army was ready to fight with the Taliban to oust them from Afghanistan, the Governor of Paktika province, General Md Yasin Khan had already instructed the Afghan military not to go ahead as the state administration has asked them not to carry forward any fight.

Khan said, “The Afghan army was ready to fight back, but they were not allowed by the administration to fight with the Taliban, and as a result, we have seen within two weeks how they captured all of Afghanistan”

According to Khan after speaking with few relatives, they learned that 95 per cent of the Afghans are not in favour of Taliban rule. Many of them who have set up their establishment in Afghanistan do not want to return to any other place. They will face the consequences of the Taliban rule.”

Khan added, “This is almost a bloodless coup, pre-ordained and pre-scripted. I feel that Americans have negotiated for their safe passage before the Taliban takes over Kabul. Even India has said that they won’t recognise a government in Afghanistan imposed by force.”

Apart from Khan, a 21-year-old-boy who did not wish to be named and who allegedly came from Afghanistan just a year back and is staying in Kolkata, said that he spoke with his family members back at Paktika province, who told him that the entire situation was planned to force President Ashraf Ghani to quit the administration and flee from Afghanistan.