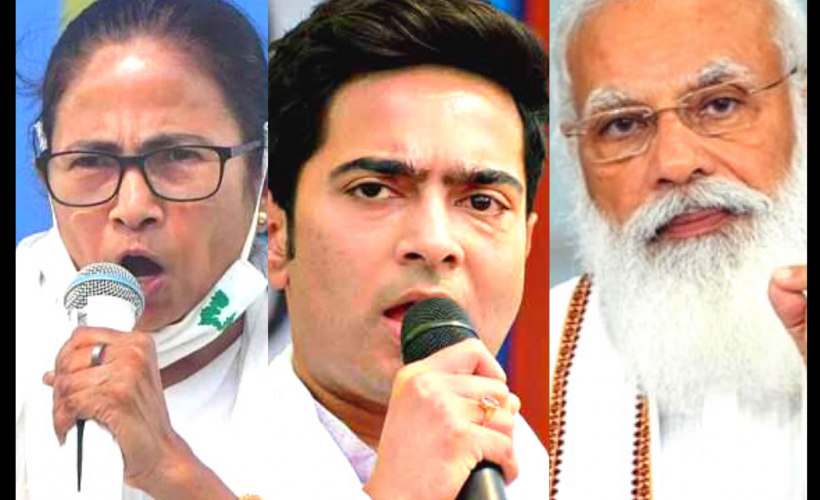 KOLKATA 24 NOV: In order to  make a dent in Congress vote bank in states like Haryana, Uttar Pradesh, and Maharashtra, the Trinamool Congress supremo Mamata Banerjee is going to visit these states in the next couple of weeks.

On Wednesday, Banerjee said that on November 30, she would visit Mumbai and is expected to meet with Uddhav Thackeray and Sharad Pawar, President of Nationalist Congress Party.

Banerjee said, “I am going for a business meeting in Mumbai, and I had plans to meet with the two leaders. I have heard that Thackeray was ill, but he has recovered now. I will meet with them.

When reporters asked why Banerjee met Sonia Gandhi, Congress president who had often been in her part of her Delhi program, Banerjee made a cryptic reply saying she was not ‘constitutionally obliged ‘to meet Sonia Gandhi whenever she came to New Delhi.

“I spoke with Sonia Gandhiji, and she is busy with the Punjab elections. Moreover, I am not constitutionally obliged to meet with her during my visit to Delhi. I cannot satisfy all the reporters here. I am going tomorrow to Kolkata, and next week I have plans to visit Mumbai,” added Banerjee.

On Tuesday, after inducting former Congress leader Ashok Tanwar into TMC, Banerjee said in Delhi she is eager to visit Haryana too and expand her base there. Apart from Tanwar, former BJP MP from Darbhanga in Bihar Kirti Azad, who had joined Congress before 2019 Lok Sabha polls also joined TMC after meeting with Banerjee in Delhi.

On July 28, 2021, Banerjee met with Congress president Sonia Gandhi and Congress leader Rahul Gandhi and after the meeting, Banerjee claimed it to be a fruitful one.

When reporters asked about the Opposition unity, Banerjee said that she had discussed the Opposition unity with Congress for defeating BJP, but did not explicitly elaborate about how far Congress will help TMC for the formation of a third front for fighting BJP in the Center.”

Banerjee’s involvement was particularly significant. Neither she nor her nephew, and Trinamool Congress general secretary Abhishek Banerjee, was present at all the three meetings convened by Rahul Gandhi in the past couple of weeks. A party member was sent to attend only one of the meetings as a representative.

Political analysts said that while, on the one hand, she had put Congress in an enormous discomfiture in the states where she is visiting to expand her base, she is also trying to emerge as a third option in national politics.

The meeting between the two leaders could not have been possible as a great distance had already appeared with Congress and Trinamool Congress.

Imankalyan Lahiri, Professor of International Relations, Jadavpur University, and a senior political analyst said, “With TMC’s plan of expanding its base in other states, they want to create a dent in Congress vote bank, which might put Congress in a disadvantage. Banerjee has made her national aspirations clear, and accordingly she is playing her cards.”