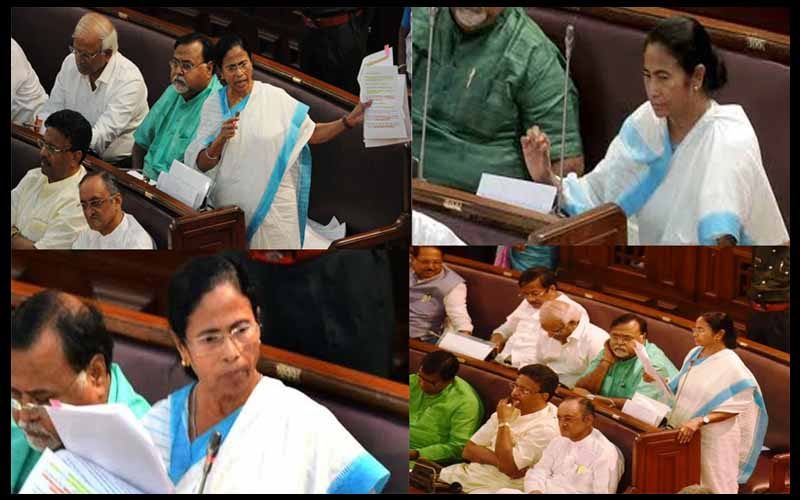 Kolkata 14 Feb: Following the defeat of the BJP in the Delhi Assembly polls Chief Minister Mamata Banerjee, has been consistently claiming that wherever regional parties are strong , the Congress does not have any existence.

Slamming the Congress for aligning with the Left parties like CPI(M), Mamata Banerjee, while addressing State Assembly on Friday said that the more Congress inches closer to the CPI(M), the more it will lose its prominence.

Banerjee added “ When I got the hint that the Congress is inching closer to CPI(M) , I left Congress.The grand old party has no existence in places where the regional parties are strong”.

Losing another stronghold, Congress’ performance touched a record low in the Delhi Assembly election as the party bagged less than 5% of the total votes polled and 63 of its candidates lost their deposits. The 2020 Delhi Assembly polls marked further decline for the Congress that governed the state for three consecutive terms under the leadership of the late Sheila Dikshit since 1998. In the 2013 election, its tally fell from 43 to just 8 seats, followed by a complete wipeout in 2015.

Soon after the results of Delhi election was declared Mamata Banerjee after congratulating AAP chief Arvind Kejriwal said that the election results once again proved that regional parties play a crucial role in gaining votes and such parties have always defeated the BJP.

At a party rally in Bankura, Banerjee said, “You have seen the results of Jharkhand, Maharashtra , and now Delhi. In all these states, regional parties have defeated BJP. Similarly, in 2021 they will be wiped out completely from Bengal during the Bengal Assembly election.”

Political analysts , however, said that Mamata Banerjee had understood that her party doesn’t have the size and influence to take on the BJP alone. She also understands that regional parties will side with her if the cause and action fits into their prerogative. Even she can maintain her importance and relevance through a group of regional parties . In such a case she stands a chance to emerge as the natural choice as the leader of that group.

Amol Mukherjee , senior political analysts and former principal of Presidency College said “Banerjee seems to be working tirelessly towards that with the hope that she can , through grouping of regional parties , create formidable size and influence to emerge as an alternative to the BJP where she would stand a fair chance to be the leader or even the prime ministerial claimant”.