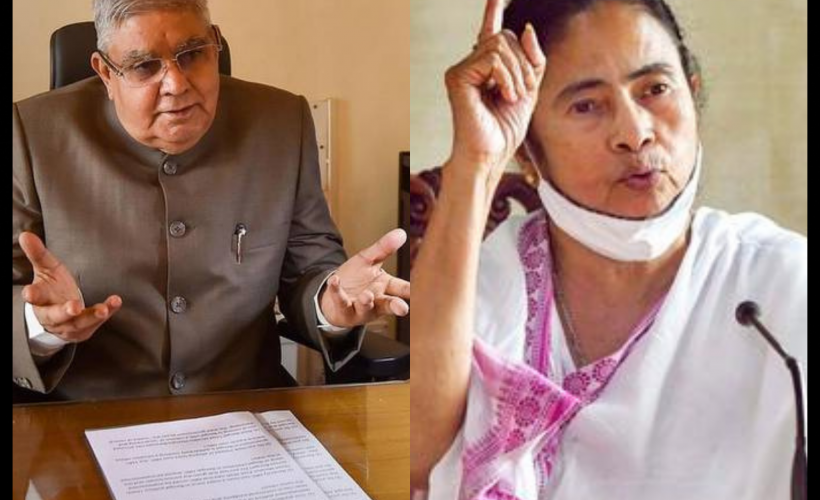 However, Governor Jagdeep Dhankhar in reply charged allegations of corruption at GTA and said ” Chief Minister Mamata Banerjee is crossing all limits and highlighted on alleged financial irregularities in GTA fund.”

Dhankhar also demanded for a Comptroller and Auditor General Investigation (CAG) in this matter.”

According to Banerjee, she has already written three letters to the Union government urging it for the Governor’s removal as he is a corrupt man.

In reply to Banerjee’s allegation that Dhankhar has been involved in In the Jain Hawala case, Dhankhar alleged, “Charge-sheet has been filed against TMC leader Ajit Panja, and Yashwant Sinha, who has now joined the TMC. Why their names have not been mentioned by the chief minister Mamata Banerjee, apart from many other leaders.” The information of Jain Hawala case is available in the public forums, and people can access that information.

According to Dhankhar, “To hush up a scam and corruption involved in GTA, chief minister Mamata Banerjee highlighted a different scam which has nothing to do with the Jain Hawala case.”

Moreover, he also went to Darjeeling and received reports from NGO’s ordinary people, local representatives about the problem they are facing, and they demanded a need for CAG audit of the GTA as for the last few years wherein crores of rupees have been siphoned off.

Dhankhar also alleged about ₹2,000 crore scam during the Corona pandemic in Bengal, and although chief minister Mamata Banerjee has formed a committee under the Alapan Bandhopadhyay, former chief secretary of Bengal, the report is yet to be placed in front of the people.

According to Dhankhar, he will bow down to the constitution and whatever strength Constitution of India empowered him with, he will follow the Constitution.

He also said that he sent a letter to the chief minister on Monday, and after that he received a call from her.

“I wrote to her that I had the benefit of going through the draft of the governor’s address for the upcoming assembly session. I would appreciate a deliberation on this with the chief minister in this regard. Hours after the letter reached her, I got a call from her stating she could not do anything about it as it was a cabinet decision,” he said.

“Around 10 minutes after the telephonic conversation, she held the press conference and labelled such unsubstantiated allegations against me. But let me reiterate, these optics will not stop me from doing my duty,” he added.

According to chief minister Mamata Banerjee, the state government has formed a committee to audit the financial irregularities of GTA and

Governor Jagdeep Dhankhar has gone to Darjeeling and spoken with the local BJP leaders and also is responsible for instigating locals to press for the demand for bifurcation of North Bengal and South Bengal.

“As BJP has lost the election, and now they are looking towards North Bengal so that they can get funds from North Bengal now. We won’t allow bifurcation of any state. We have expressed our stand clearly. With the help of the Governor, BJP is trying to destabilise Bengal. They cannot accept the verdict of the people after the election, and so they are trying to divide Bengal.”

According to senior TMC leadership, the Governor should act within his limits and inform the chief minister about his itinerary while he is on any official visit to anywhere.

Sukhendu Sekhar Ray, TMC leader, said, “If he has met with the NGO’s members, or locals, he should mention it in the itinerary, their name and the purpose of their discussion. But he never mentions any of those details. He went to Delhi and also reportedly engaged in some talks with few dignitaries but never mentioned even that in his itinerary. Isn’t it a courtesy of any state Governor to mention his itinerary before leaving for any official visit?”

According to Roy, he can highlight the Act, but the Act mentions that the financial report of GTA can be placed to the Governor once a year. He can concoct the Act and share it with the media, but the truth has been shared in a different light.