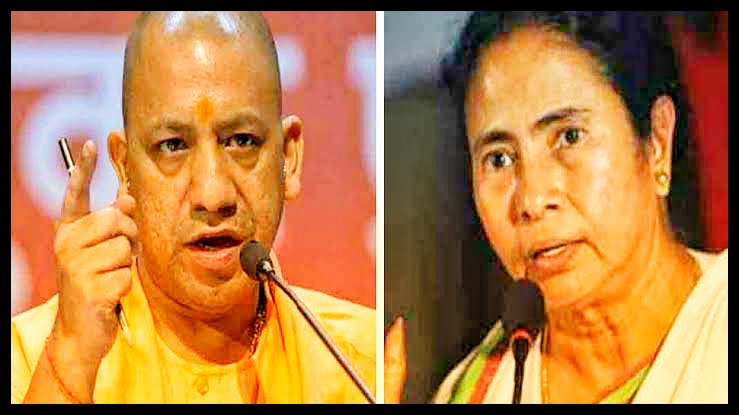 West Bengal Chief Minister Mamata Banerjee condemned Uttar Pradesh Chief Minister Yogi Adityanath over the gang rape incident in Hathras. She calls the recent gang rape horror as an example of the many tortures on the Dalits and the minorities in the state of Uttar Pradesh.
KEY HIGHLIGHTS

KOLKATA 1 OCT:  Mamata Banerjee lambasted the Yogi Adityanath government over the recent Hathras gang rape case that has shaken the nation, yet again. She compares the late-night cremation of the victim to Sita’s ‘Agni Pariksha’. Banerjee says Dalits, minorities and the Adivasis are tortured in the northern state of Uttar Pradesh.

While addressing a government event in the Jalpaiguri district, Mamata said, “Even Goddess Sita had to go through ‘Agni Pariksha’. Just like that this Dalit woman who died after being gang-raped and brutalised in Hathras was put on a funeral pyre in the dead of the night.”

She slammed the role of the U.P police and asked, “If a crime has taken place, why is there no investigation? Why was there no proceedings initiated in the case? Why was the victim’s body burnt in the night? What kind of governance is this?”

Banerjee further claimed that the victim’s mother was threatened to be cremated on the same pyre with her daughter.

Mamata Calls out Modi Over Future of Women

She mentions in her tweet, earlier today that Narendra Modi has failed to protect our daughters and the future is scary. She tweets, “Have no words to condemn the barbaric & shameful incident at Hathras involving a young Dalit girl. My deepest condolences to the family. More shameful is the forceful cremation without the family’s presence or consent, exposing those who use slogans & lofty promises for votes.”

Abhishek Bandhyopadhay, TMC MP also tweeted, “She couldn’t live with dignity and BJP government ensured that she did not die with dignity either. Absolutely monstrous. This is shameful.”

Senior TMC leaders believe that BJP that speaks of women empowerment, has massively failed to look after the dignity of women.

According to many BJP leaders, Bengal Chief Minister Mamata Banerjee has herself failed to look after the welfare of the people of Bengal. They believe that she had not been able to provide security to women of her state. Yet, she is questioning the current state of governance in the BJP-led state of Uttar Pradesh. The senior leaders think that Mamata should first attempt at improving the law and order situation in her own state.

One day, 3 rapes in Uttar Pradesh

Just about 500 km from Hathras in U.P, a 22-year-old Dalit woman breathed her last allegedly after being raped and assaulted on Tuesday evening in Balarampur district. The young woman died while being rushed to a hospital in Lucknow. This took place at about the same time when the police attempted at taking away the Hathras victim’s body from the Safdarjung Hospital.

Next in Uttar Pradesh: Minor raped in Azamgarh

A 20-year-old man allegedly raped an eight-year-old in a village in Jiyanpur in Azamgarh district on Tuesday. The minor was raped in the pretext of giving her a bath. In this case, the accused man has been arrested.

Another minor was allegedly raped and brutalised by her 20-year-old neighbour in Bulandshahr in Uttar Pradesh on Tuesday night. A report has been filed against the accused and the hunt is on to arrest him. The victim is undergoing medical treatment now.