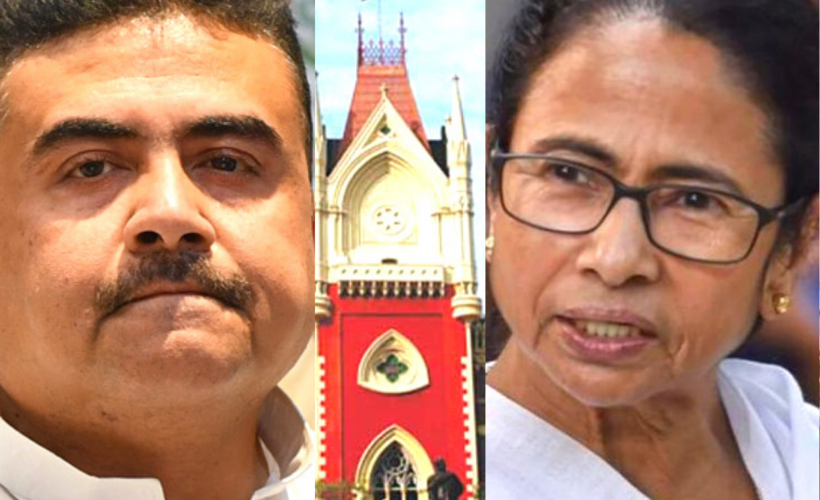 KOLKATA 18 JUNE: Chief Minister Mamata Banerjee wrote a letter to the acting Chief Justice of Calcutta High Court on Friday. This letter was written as a request to reassign her election petition on Nandigram to another bench as she expresses apprehension of bias on the part of Justice Kaushik Chanda. She firmly believes that Justice Chanda’s hearing the case could affect it, alleging that he is an ‘active member of the BJP.’

Trinamool Congress leaders have found a photograph where Justice Chanda and Dilip Ghosh shared the same dais of a BJP legal cell of the program, and the photo was made viral.

The letter, which CM Mamata Banerjee’s lawyer wrote, mentions that his client has filed the election petition challenging the election of Suvendu Adhikari, a member of the BJP. The adjudication will have political ramifications. Chief Minister Mamata Banerjee has been made aware that Justice Kaushik Chanda is an active member of the BJP. Thus if Justice Kaushik Chanda takes up the Election petition, CM Banerjee feels that there will be reasonable apprehension regarding the judge’s bias favouring the respondent.

It was also mentioned that Justice Kaushik Chanda is yet to be confirmed as a permanent judge of the Court. In any event, since the respondent in the Election petition is a member of BJP and the Judge was an active member of BJP, it will lead to a situation and perception whereby leading the judge in adjudicating the matter may be a judge in his cause. Justice may not only be done. It must also be seen to be done.

According to TMC leaders, Justice Chanda has fought around 10 cases for the Bharatiya Janata Party, and presently he is also an active BJP member.

According to senior BJP leaders, he has already left BJP and is not currently involved in the party. Therefore, the Opposition Trinamool Congress is making false accusations against them.

Sayantan Ghosh, senior BJP leader, said, “Chanda is not currently with our party. The photograph that went viral is an old one. It has nothing to do with BJP.”