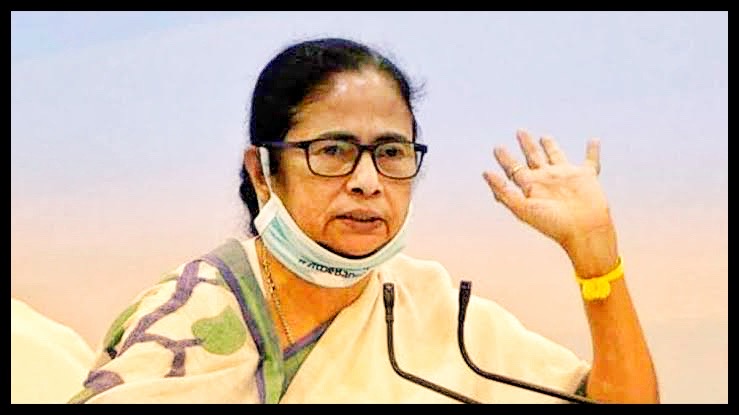 KOLKATA 4 JAN: Making a u turn , chief minister Mamata Banerjee who have been opposing the PM Kissan Samman Nidhi claimed on  Monday that Banerjee is ready to implement the scheme in Bengal and state government will verify the data of the beneficiaries who have enrolled their names in the Central portal as has been directed by the Union agriculture minister.

Banerjee said, “I have personally requested agriculture minister Narendra Singh Tomar to provide the fund to the state government. And they will disburse it to farmers. But, they are hell-bent on providing direct cash transfer to the farmers. In a letter dated 6 November, Tomar mentioned that 21.79 lakh farmers have enrolled their names on the Central portal. Also, urged the state government to verify the data. Although, I personally told them to upload the list in the state portal, they refrained from doing so. We have assured them in a written letter that we will verify the data and provide it to them. I then realised their political intention. If the farmers are being benefited by the scheme, then we will participate in the Central scheme.”

According to Banerjee, state funds are being audited by Comptroller and Auditor General(CAG), and state government is the authority to disburse the Central funds. So, they asked the Center to provide the fund to the state. And state will directly transfer the amount. Also, will provide a list of the farmers benefited from the scheme. But, Center is hell-bent not to send the money directly to the beneficiary. When we heard that 21.79 lakh farmers have registered their names in the Central portal and they have told us to verify the beneficiary list, we have decided to verify the beneficiary list. They have not told us before uploading the Central portal that the beneficiaries names are being enrolled in the Central portal. We only came to know about it during verification. It is up to the farmers to decide whether they will opt for the PM Kissan Sanman Niddhi or the state government scheme for the farmers.

In various occasions, chief minister Mamata Banerjee said West Bengal’s “Krishak Bandhu” initiative was far better than that given by the centre.

According to political analysts, the decision to participate in the scheme was well thought off at a time when BJP is trying to project TMC party an extortion party. Especially, the one who only wants to amass public money to increase their wealth.

Biswanath Chakraborty, a senior political analyst, said, “The decision to enrol themselves in the PM Kissan Sanman Niddhi just before the election is a strategic move. When TMC realised that 21.79 lakh farmers have enrolled their names in the Central portal, the state government does not want to  lose the faith of those farmers. And to win the hearts of the farmers, Banerjee accepted the scheme just before the Assembly election.”