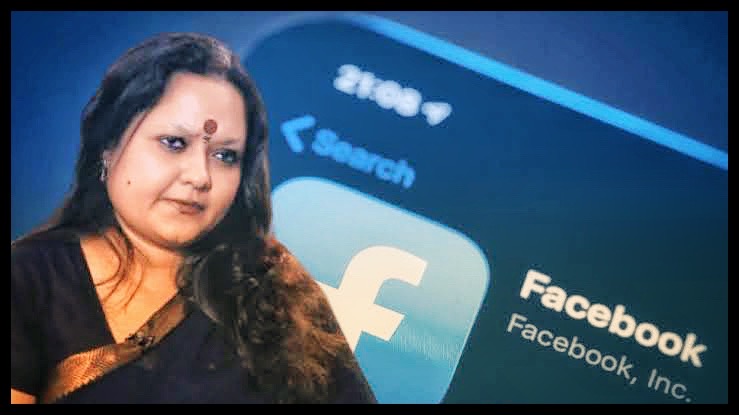 KOLKATA 20 AUG: In another political controversy, a news story published in a local CPI(M) newspaper Ganashakti exposed Mamata’s nexus with Facebook public policy head Ankhi Das. Das’s father-in-law Rabiranjan Chattopadhyay said that it was an attempt by the CPI(M) to malign his image.

According to Chattopadhyay, as there is no actual issue of CPI(M), but just a year before the Assembly election, they are attempting to make an issue out of this.

“I think the law will take its own course and I have nothing to say on the Facebook controversy going on right now,” added Chattopadhyay.

Chattopadhyay who is now 80-year-old and as he was frail, he had urged his son and daughter in law to come to Burdwan and help him in his election campaign. His son Soumya Chattopadhyay who is a bureaucrat is now posted as senior Vice President at Asian Development Bank, and in 2011 Das was working with Microsoft.

Two days after Ankhi Das’s photo with Prime Minister Narendra Modi that was clicked in 2015 during the visit by COO of Facebook India Sheryl Sandberg, went viral. To top that, according to a report by Washington Post, the CPI(M) leaders claimed that Das and Mamata Banerjee exchanged a cordial relationship soon after a  photograph of Banerjee and Das posing together became viral on social media.

The CPI(M) leaders allege that before the 2016 Assembly election, Das met with chief minister Mamata Banerjee, and the duo had convened a meeting.

Sujan Chakraborty, CPI(M) leader, said, “The photograph of Das and chief minister Mamata Banerjee has become viral in social media. We have been saying that there is a nexus between BJP and TMC and the photograph today once again proved that our claims are true.”

According to the CPI(M) leaders, Das did her schooling from Burdwan and she is, after all, the daughter-in-law of former TMC minister of technical education, Rabiranjan Chattopadhyay.

Here is a tweet from CPI(M) leader Surjya Kanta Mishra on this regard.

Moreover, last week, Derek O Brien, TMC MP had raised an issue of the real face of Facebook in India in the Parliament. Brien had claimed that Facebook’s India office has been transformed into a BJP’s social media extended office.