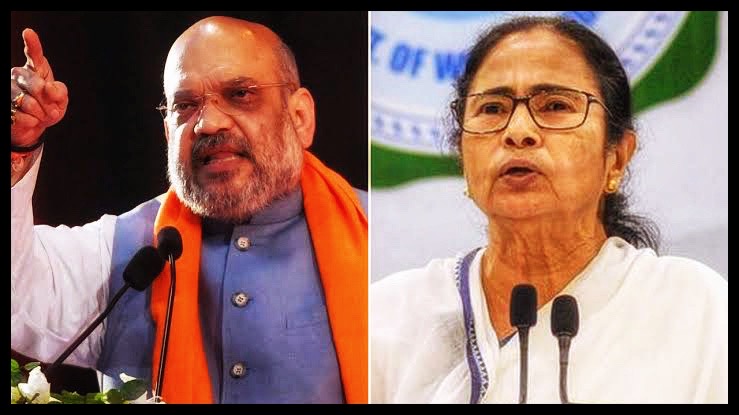 KOLKATA 19 NOV: Ahead of the Assembly polls in West Bengal, political strategist Prashant Kishor’s team advises the Trinamool Congress party to convene press conferences frequently  to highlight the various schemes from the state government and the many benefits available for the citizens of the state.

According to sources in the TMC, the team PK guided that if the available facilities and various benefits made available by the government are highlighted more often, then there are very slim chances of fake news garnering any kind of attention in social media.

A senior member from team PK, said, “There are various issues where TMC has done very well compared to other states like institutional delivery schemes for the women like Rupashree and Kanyashree (providing financial assistance ). Especially, to reduce school drop out for girls. It was found that although the schemes are available, less number of girls are applying for the schemes. After a preliminary survey, it was found that most of them are not aware of the benefits of the schemes. And often they have been misled by other political parties. As a result, there is a need to highlight the schemes of the state government more often. Outlining the benefits of the schemes. Therefore, such an initiative has been taken.”

The minister of state for health (MoS) Chandrima Bhattacharya convened a press conference on Thursday. In particular, she highlighted the health infrastructure of the state. Bhattacharya compared the number of beds set up in Bengal for the COVID-19 patients with other states, including Gujarat.

Also, Bhattacharya and TMC MP Sukhendu Sekhar Ray both criticised the saffron party. , Especially, for inviting BJP leaders from outside the state to take control of Bengal.

According to TMC leaders, Trinamool Congress will not allow any outsiders in Bengal. Further, they believe that outsiders can come as tourists in Bengal. Even, they can come for any research work on Bengal, but they cannot dictate the government.

On Tuesday, Shashi Panja, a TMC leader and women and child development minister convened a press conference. In addition, she highlighted the schemes undertaken by the state government aimed to uplift women.

To counter BJP’s claim that women in the state do not feel safe and are often neglected, Panja highlighted the TMC government’s achievements in empowering women since 2011. According to Panja, while crime against women did rise in other states, the Mamata-led government always focussed on empowering women. Further, she talked about the various projects for the economic and social empowerment of women have been rolled out, already.

Moreover, TMC MP Sukhendu Sekhar Roy convened a press conference on Wednesday. Ray underlined other Mamata’s initiatives and schemes for the welfare of the common people. and, farmers.

“We have already told the police and our party men to keep a vigil on the people entering Bengal. This is because we have received information that BJP leaders are bringing in a huge amount of cash. This is for distributing to the voters just ahead of the Assembly elections. Moreover, they are also trying to create a divide in the community. We will go all out to stop such activities,”  added Roy.

The saffron party strategised to divide Bengal into four zones. And each zone has been allocated to a leader. Likewise, BJP MP Dushyant Gautam is designated to oversee the Kolkata, North and South 24 Parganas. Notably, he was in charge of the Uttarakhand polls, earlier. Also, Harish Dwivedi is set to take the charge of the north Bengal zone. While Vinod Tawde is to look after the Nabadwip zone. In addition, Sunil Deoadhar to take charge of the Midnapore zone.

Though the primary responsibility is to push the party’s network to 76,000 booths across the state, all of them are also assigned to submit a report to the BJP president JP Nadda and the Union Home Minister Amit Shah. In fact, this is to assess the strengths and weaknesses of each area.

Even, Amit Shah and JP Nadda is all set to visit Bengal say, twice and thrice in a month respectively. Mostly, with an aim to address public rallies.