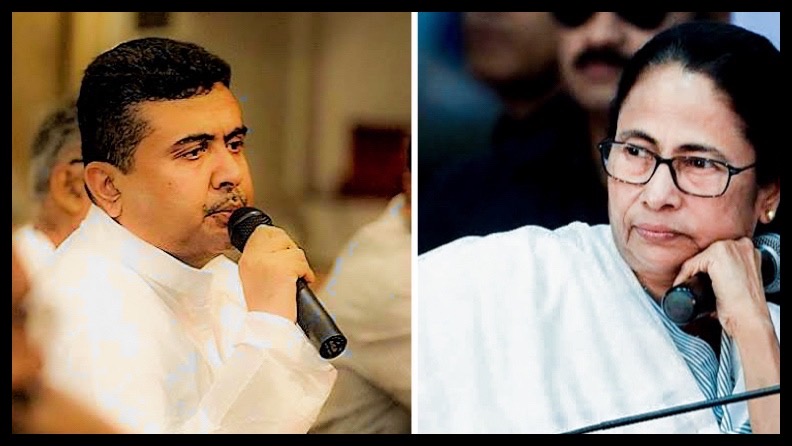 KOLKATA 29 DEC: The Adhikari family that held the Trinamool Congress’ fort in the entire East Midnapore for the past 20 years, now seems to be crumbling down for the party. Precisely, the fort seems to be changing loyalty and moving towards BJP.

On Tuesday, an hour after Suvendu Adhikari announced that his family would join BJP in the upcoming days, the state government made an announcement,  and removed Soumendu Adhikari, youngest brother of Suvendu Adhikari from the post of chairman of the board of administrator of the Haldia municipality.

During a rally during the day in Barrackpore, Adhikari claimed, “Some leaders in the Trinamool Congress are claiming that  how can Suvendu Adhikari join BJP when all his  family members are still with TMC. Though, it is too early to make this statement, I dare TMC that within the next Ram Navami, I will ensure all of them join BJP. Also, I challenge to enter the fortress of Harish Chandra Street and also ensure everyone join hands with the BJP.”

According to Adhikari, he dared TMC leaders that soon all the TMC bastions will turn into a saffron fortress.

“My sole aim is to make an entry for BJP in Bengal. That is why I have joined BJP and I completely support Amit Shah’s statement  that BJP will win 200 seats from Bengal,” added Adhikari.

However, Trinamool Congress did not pay much heed to Adhikari’s statement. In fact, the party claimed that his statements disturbed none.

Sougata Roy, TMC MP, said, “We are not disturbed with what Adhikari said. The election is due next year. Let’s see what happens. Adhikari is crossing all his limits and accusing us as if he has not served the party earlier. “

In response to Abhishek Banerjee’s comment that Adhikari himself is a corrupt politician, Adhikari said, “The 277-page pleas submitted by CBI in Supreme Court mentioned that the money from the Chief Minister’s Relief Fund was used to bail out Saradha-owned media companies. Also, the CBI named CM Mamata Banerjee in the Chit Fund scam they are probing for six years.”

On Sunday, during a rally in Diamond Harbour, Abhishek Banerjee recalled how BJP had leaked tapes of the Narada sting operation where Adhikari was seen taking bribe in 2016 and now, ironically, joins hands with BJP.