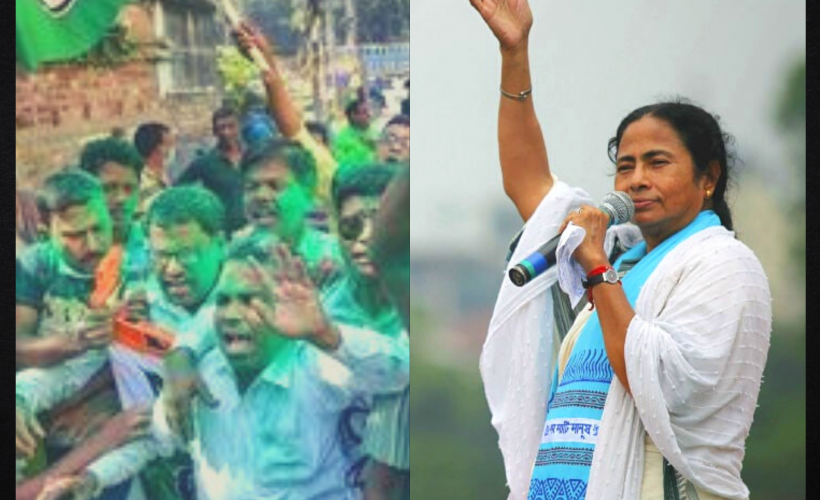 KOLKATA 16 APRIL :  In a massive mandate that showed the unflinching faith of the  people of West Bengal in chief minister Mamata Banerjee, the Trinamool Congress today has not only retained the Ballygunge Assembly seat , but has also snatched the Asansol seat from the BJP.

However significantly  the Trinamool Congress vote share at Ballygunge Assembly constituency has gone down from 70.6 percent in May 2021 to 49.6 percent. At the same time CPI(M)’s vote share has gone up from  5 percent to 30 percent.

The TMC’s Babul Supriyo won the Ballygunge Assembly constituency by a margin of .. vote while Shatrughna Sinha of TMC snagged won by a record  margin of 3 lakh 3,209 votes

The by-election in Ballygunge was necessitated by the death of TMC minister Subrata Mukherjee, while Asansol seat felt vacant after Babul Supriyo who  represented Asansol twice in Lok Sabha from BJP resigned from his seat after he joined TMC.

The results came at a time when a series of incidents like the Bogtui mayhem that saw the death of nine people, case of rape and murder at Hanshkhali in Nadia and the Opposition has put the government in a dock for his alleged failure in maintaining law and order.

The Trinamool Congress on Saturday won the Ballygunge Assembly seat in West Bengal by a margin 20,228 of votes.

Both Mamata Banerjee and her nephew Abhishek Banerjee tweets during the day and claimed that they are dedicating the victory to the people of Bengal and this poll again highlighted the false claim of BJP .

Despite a low turn out on the by -election Supriyo still struggled to receive 20,000 votes which left Trinamool Congress top brass a sigh of relief.

Significantly a break-up of poll figures from the seven municipal wards of the constituency reveals that Supriyo never succeeded in gaining the voters’ trust in full. In two of those seven wards, ward numbers 64 and 65, the CPI-M’s Saira Shah Halim garnered more votes than the Trinamool. That, coupled with the dip in voter turnout by a staggering 20%, is proof that a large number of voters stayed away from making a choice.

And among those who did vote, a significant portion evidently turned to the Left as a choice over both the Trinamool and the BJP. It deserves mention here that the state’s prime opposition party, the BJP, ended up in a distant third position in Ballygunge and party candidate Keya Ghosh forfeited her deposit with the Election Commission.

Sukanta Majumder president of West Bengal Bharatiya Janata Party said ” “. “We have already witnessed how TMC goons have threatened our party workers. They have also threatened people not to vote for us. But surely we will analyse the cause of our failure.”