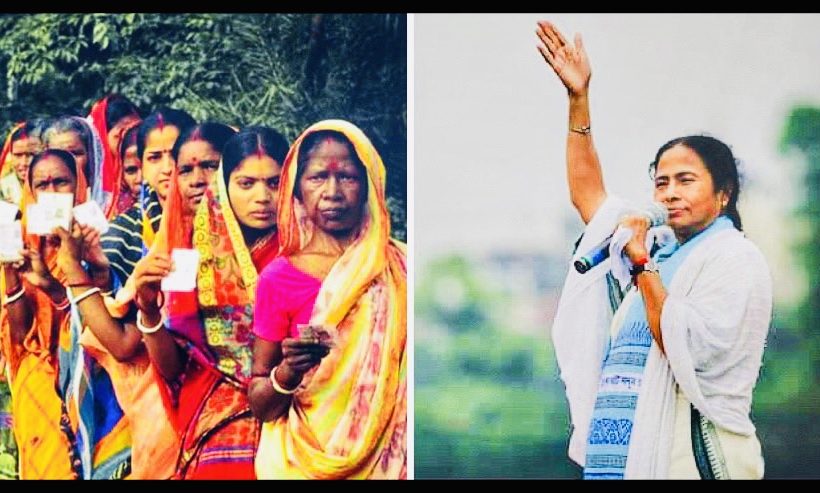 KOLKATA 21 DEC : The Trinamool Congress swept the KMC election grabbing 134 out of 144 wards off the KMC election. All 16 boroughs have now been under the control of TMC .

What was the striking feature of the  municipal election in Bengal is that  the Left Front which proved to be a big zero in the Assembly election  has retrieved much of his lost ground , at least in Kolkata as it has come in second position in terms of vote share in 65 wards out of 144 wards of the KMC.

Meanwhile the BJP which got 73 seats in the Assembly election has come in the second position  and has received 48  wards out of 144 wards of Kolkata. The Congress received 16 wards and independent candidates won

This year the TMC not only increased its vote share from 2015 by 22 percent but also votes rose from the March -April Assembly polls, when compared with the KMC wards by 11 percent. The BJP’s vote share was 6

Chief minister Mamata Banerjee said ” It is a victory for democracy and the people.   BJP has been decimated and there is no trace of CPI-(M) and Congress has been sandwiched between CPI(M) and BJP. It’sa blessing by the people and we will work tirelessly to fulfil all our commitments. The election was held like a festival . People exercised their franchise peacefully.”

Banerjee  also said that this election will have an impact on national politics. People have seen that we have fought against BJP earnestly and that is why they have blessed us.

According to Opposition parties, the election results were a farce.

Dilip Ghosh , BJP leader sarcastically said “We are surprised to see that TMC has not won all the seats. The kind of violence and booth-rigging that took place in this year’s election , we thought that TMC will win all the seats.”