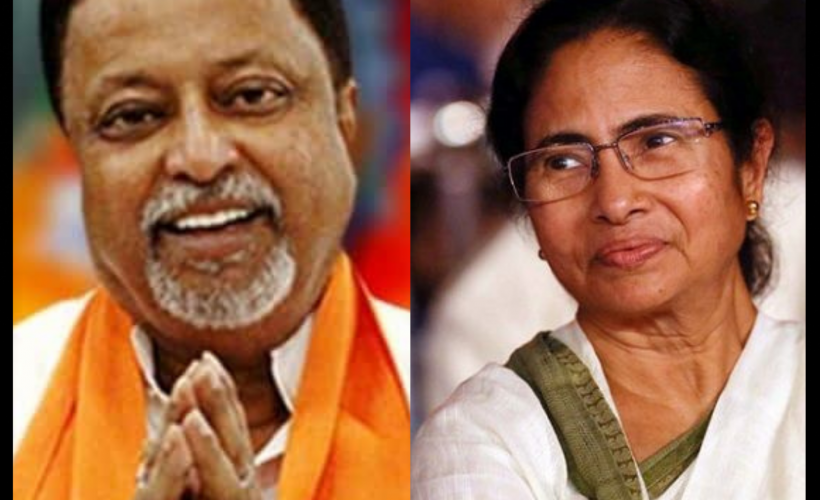 While former TMC Congress MLAs like Sonali Guha and Dipendu Biswas have written to the chief minister regretting their decision to join forces with the Bharatiya Janata Party and expressing their desire now to return and the Trinamool Congress seems to be giving open filters to leaders like Mukul Roy to come back to the party fold.

Others who have expressed eagerness to return to TMC include former MLA Sarala Murmu, Bachhu Hansda, and Amal Acharya. While Mamata herself gave Mukul Roy a certificate that he was not as bad as Adhikari, party MP and TMC’s second-in-command Abhisekh Banerjee paid a visit to the ailing wife of Mukul Roy, suffering from COVID19 at a private hospital just two days ago.

Incidentally, Mukul’s son Subhranghsu Roy a BJP member who has expressed his dissatisfaction with BJP was there at the hospital during Abhisekh Banerjee’s visit and the two also seemed to have a little chat in private that lasted for about fifteen minutes.

In fact as damage control, immediately after Abhisekh’s visit while Prime Minister Narendra Modi called Roy to enquire about his wife’s

health, BJP state president Dilip Ghosh went to the hospital to also visit Mukul’s wife. Meanwhile, Guha wrote a letter to chief minister Mamata Banerjee expressing her willingness to return to the party and urged her with folded hands to give her one more chance just a couple of days ago.

Sources in the Trinamool Congress said that apart from senior leaders, many local BJP leaders who switched their allegiance to BJP before the Assembly election have also expressed their desire to come back to TMC. But right now TMC leadership is yet to take any call in this regard.

However, senior BJP leaders believe that there is no possibility of a reverse exodus to TMC at this moment. Although many people have shown

their eagerness to join TMC, till now no leaders have reportedly joined back the party.

Ghosh said, “Presently, nobody has given any formal letter to BJP expressing their desire to quit the party. I do not have any knowledge of who is joining which party. So, let’s see. In politics, everything can happen.”

On the day of the Assembly election results, itself, ex-TMC minister Rajib Banerjee who also lost on the BJP ticket from Domjur in Howrah,tweeted, “The loveable people of Bengal have made their choice very clear. Any attempt to do politics now while Bengal is fighting COVID-19 cannot be acceptable.”