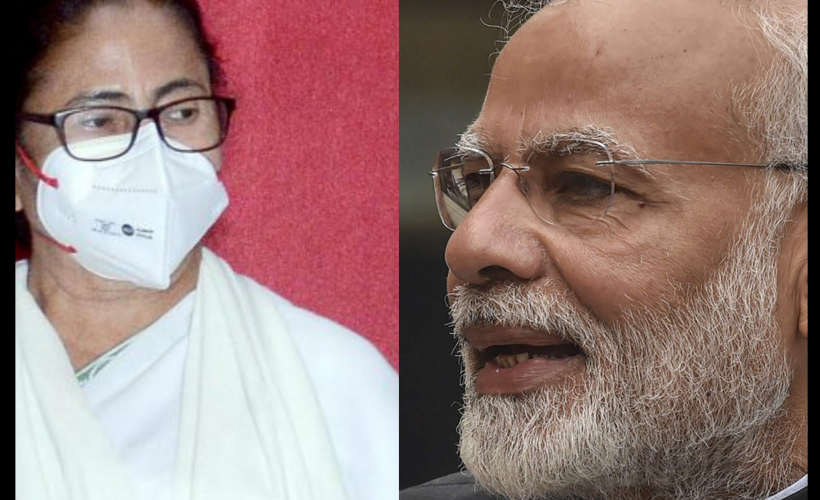 KOLKATA 21 JULY: Trinamool Congress chief Miss Mamata Banerjee, keen on taking centre stage in the national politics ahead of 2024 Lok Sabha polls on Wednesday kickstarted the campaign through her virtual address on the occasion of the Martyrs’ day rally, by urging all Opposition leaders to form a ‘Front’ to remove BJP from power.

Addressing a gathering at the Martyrs’ day rally on a virtual platform, Banerjee said, “Democracy is in danger. We have to start our planning for 2024 right now. My phone has been tapped too, Even other ministers’ phones are tapped. Pegasus is ‘dangerous, ferocious’. I can’t speak to Chidambaram-Ji, Sharad-Ji, or the Shiv Sena’s chief minister because our phones are tapped.”

Mamata even urged the Supreme Court to take suo moto cognisance of the alleged snooping of phone calls by Israeli-based software Pegasus and form an SIT (special investigating team) to investigate the matter.

Taking a dig at the Pegasus snooping controversy, Banerjee commented, “This scandal is bigger than Watergate. They will not spare anyone.”

According to Banerjee, after the pandemic that is likely to slow down during the winter, she would organise an opposition rally in Kolkata at the Brigade Parade ground, where Opposition party leaders will be invited.

“We have two years and a half left. We won’t gain by allying just ahead of the elections. Every day matters now,” she said, adding, “We have to forget our interests. Our only interest should be in saving the nation and our states,” said Banerjee.

“Before the Assembly election, I held a closed-door meeting with political strategist Prashant Kishor and Abhisekh Banerjee, president of All India Trinamool Congress. Since that time, my phone has been tapped,” added Banerjee.

Meanwhile, the party today organised a virtual meeting in eight states, putting up giant screens so that people could listen to her public address.

Banerjee also gave a hint of the manifesto of the Front by saying that if they (United Party) came to power, they would provide free ration and free medical treatment for all the citizens of the country.

For the first time, to reach out to the people of other states, Mamata spoke majorly in Hindi, and also she read out an English speaker from a prepared text.

Moreover, she also displayed her mobile phone on which she had covered all the cameras with tapes.

“You see, I have plastered (read covered) the camera of my phone so that they can’t record. This is where the situation has brought us to now.” added Banerjee

Banerjee also gave an instant proposal of meeting with all the Opposition leaders during her visit to Delhi from 27-29 July.

“I am going to Delhi soon. If Chidambaram-Ji or Pawar-Ji could convene a meeting between July 27 and 29, I will be able to attend it,” added Banerjee.

Meanwhile, TMC workers were detained in Tripura for violating section 144 of CRPC. According to Banerjee, the TMC workers observed Shahid Diwas, but they were debarred from attending the day as police detained the party workers.

Taking a dig at Modi Banerjee said ” I do not want to criticise Modi . But I want to ask something to Prime Minister. Bura Maat Maniye(Please don’t mind). Are you aware what Amit Shah has been doing to us? I think you don’t . You should look into the intimidation done by the central agencies on us.”

It is worth remembering how on 21 July 1993, 13 youth Congress workers were killed in a Kolkata police firing when Mamata Banerjee, then with the Congress, was leading an agitation.

Why Banerjee is banking on strengthening the party

In her virtual address, Banerjee stressed strengthening her party. Banerjee said, “I urge all booth level workers to make Trinamool Congress party a more powerful party, and they have to work hard to strengthen the party so that they can become a national face.”

From now onwards, Banerjee urged his party workers to organise rallies in every corner of the districts against the Centre’s decision on the price rise of petrol, diesel, and cooking gas. Even they should protest against the non-availability of the COVID-19 vaccine and the alleged snooping by the Centre with the help of Israeli-based software Pegasus.

According to BJP leaders, they have organised a rally at Rajghat in Delhi named ‘Shahid Shradhanjali’ to pay homage to the martyrs who were killed in the post-poll violence.

Dilip Ghosh state BJP president said ” Banerjee is making a mockery of herself by paying homage to those Congress leaders who have been killed in police firing in 1993. After the post poll around 192 people were killed in different parts of the state , but state government has failed to take any action on this regard.”