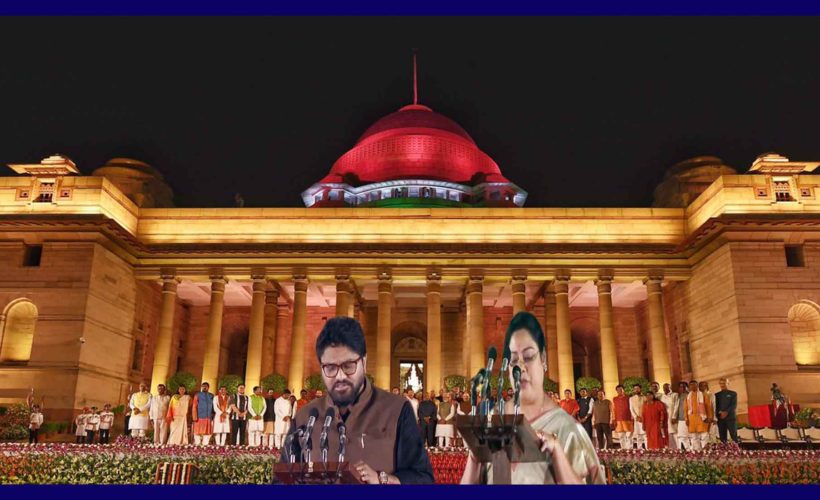 Kolkata : The BJP in West Bengal is clearly divided over the fact that Prime Minister Narendra Modi appointed only two leaders from the state as Minister of State (MoS), and none of them got inducted into the Union cabinet.

While a section of BJP feels that they do not have any say with the decision, others feel that there is a need to appoint more ministers from Bengal. The saffron party won 18 seats in eastern state of the country in the last Lok Sabha elections.

It seems that the state  BJP is not at all happy with PM Modi’s decision to choose only two MoS from Bengal without giving any full time ministerial post  in the Cabinet. However, several of them hope that PM Modi will induct more leaders from the state over the next five years.

Dilip Ghosh, state BJP president, said: “ Two of our ministers have been inducted in the MoS . We feel that PM Modi will definitely induct more ministers from Bengal in his cabinet in the next five years. I also feel that Bengal has been under-represented this year .From 2 MLA’s Bengal gave 18 MLA’s.”

Here is a tweet from Dilip Ghosh who expressed heartfelt gratitude to both the leaders who have been inducted in Modi cabinet as MOS.

Sources in state BJP said the decision to appoint only two face from Bengal did not go down well with a section of the BJP leadership.

A senior BJP leader said: “We have already proven ourselves in this Lok Sabha election. We can crumble the ruling Trinamool Congress in their own turf. We hope to get a full time ministry this time. But our expectations did not match with the reality . We will continue our work and increase our vote share in Bengal in the upcoming municipal election slated for 2020 and Assembly election for 2021.”

BJP leader Mukul Roy said: “We do not have any expectations. We are happy with whatever we have got. Our aim is to defeat the TMC. Already, several TMC MLAs and local leaders have joined the BJP. Also, a couple of MPs from the TMC are going to join the BJP.”

On the other hand Trinamool Congress leaders feel that it’s just the tip of the iceberg and internal feud will intensify in the coming days. According to them, if they give more portfolios from Bengal too , it will be only on paper .In reality they would be figureheads.

Partha Chatterjee , spokesperson of Trinamool Congress said ” I cannot comment any internal matter of BJP. It’s BJP’s internal matter . I can say that Bengal has been under -represented in the Modi cabinet for the second term.”

However tweeter users , have voiced out their opinions after Modi cabinet decided to induct two ministers as MOS in the Modi 2 cabinet.