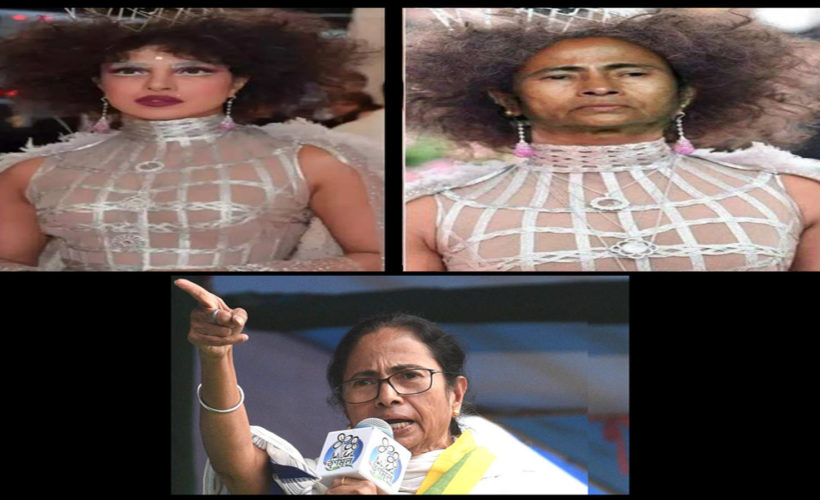 Kolkata : A day after Priyanka Sharma, BJP Yuva Morcha leader was arrested from Howrah in West Bengal for posting a controversial meme where chief minister of West Mamata Banerjee’s face has been imposed on Priyanka Chopra’s recent Met Gala look, Twitter has been flooded with the hashtag # ISupportPriyankaSharma campaign.

The twitter user claims that he feels the pain of Priyanka Sharma who has been arrested for sharing a viral meme on Mamata Banerjee.

Another twitter user pointed out “Where are Intolerance brigade and Freedom of Expression brigade hiding now?”

Senior police officers said that they are interrogating the accused to know whether any other persons are involved in making derogatory image of any political leaders.

It may be mentioned that on 9 May Bibhas Chandra Hazra, a Trinamool Congress leader filed a complaint at Dasnagar police station of Howrah claiming that Sharma has made a meme where chief minister of West Mamata Banerjee’s face has been imposed on Priyanka Chopra’s recent Met Gala look. She posted it on social media and immediately the post went viral . She tried to insult West Bengal chief minister Miss Mamata Banerjee and it falls under cyber crime.

It may be mentioned that in 2012 April , a Professor of Jadavpur University Ambikesh Mahapatra was arrested for forwarding a defamatory cartoon of Chief Minister Mamata Banerjee over email. The email was forwarded to poke fun of Banerjee and her administrative actions.