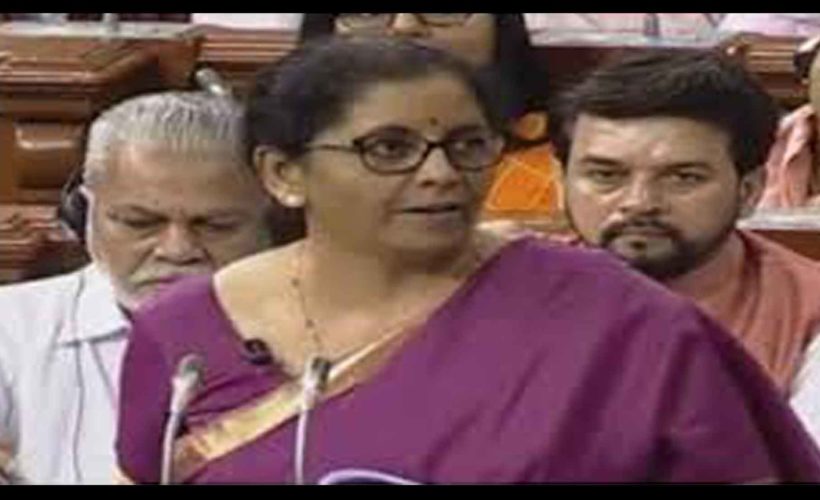 While she proposed an increase in cess on petrol and diesel to Rs 1, the hike in petrol price stood at Rs 2.50 paisa, and diesel at Rs 2.30 paise.

While the budget has given a relief to the poor and the middle class and thrust to the rural areas, Nirmala Sitharaman said the budget is themed as ‘Gaon, Garib and Kisan’. As a result, Sithraman emphasised that in 2022 there will be electricity and LPG connections in every household and around 1.5 crore more buildings will be set up under Pradhan Mantri Awas Yojana.

The budget also laid emphasis on empowerment of women as Modi has earlier said that in the Lok Sabha election there was enormous participation of women in the voting process almost equal to that of men. As a result the budget not only emphasises on the homemakers but also encourages women entrepreneurs, attempting to make them economically and financially independent.

Avirup Sarkar, a senior economist of Indian Statistical Institute, said: ”Although the budget focuses on Gaon Garib and Kisan, the hike in petrol and diesel will have an impact on the every household as price of general commodities will increase.”

Tax the super rich, relief for poor and middle class

Those with taxable income over Rs 2 crore will be eligible for surcharge. The decision to hike the price of petrol and diesel has resulted in sharp reaction from different quarters of people . While the hike in petrol and diesel did not go down well with the common people, a section of people feel that they have been fooled by the West Bengal government as they charge 50 paisa and 30 paisa as a VAT for petrol and diesel respectively.

Sayantan Chowdhury, a resident of Kankurgachi, tweeted: ”Don’t fool us, ur govt charges 50p & 30p as a VAT for Petrol and Diesel respectively. Blaming someone is very easy, but what you’ve done is also very disappointing!”

In fact, West Bengal Mamata Banrjee CM tweeted on Friday and claimed that the budget is visionless.

Key Points of the budget

4) Use of Aadhar card to file IT returns

6) Additional deduction of Rs 1.5 lakh on loans up to March 31 2020 for buying affordable houses

7) Excise duty on petrol, diesel to be hiked by Rs 1

8) Angel tax: Startups not be subject to any scrutiny in respect to valuation

Please follow and like us:
fuels resentment among a section of people Hike in price of diesel and petrol