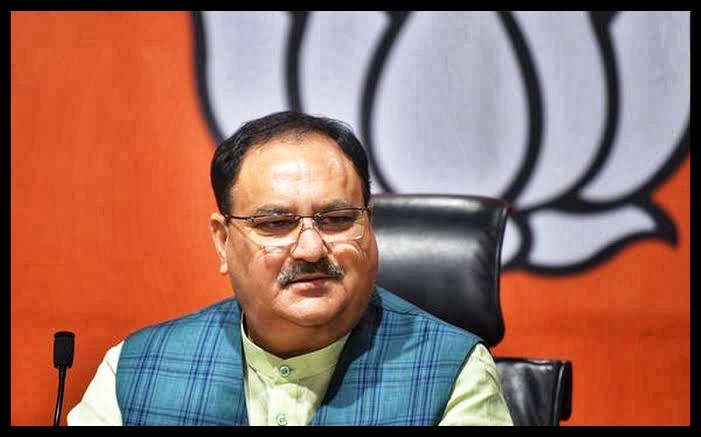 KOLKATA 25 JAN :The internal feud between state BJP president Sukanta Majumder and former BJP president Dilip Ghosh on Tuesday came into the fore as two senior BJP leaders , Jayprakash Majumder and Ritesh Tiwari belonging to Dilip Ghosh faction who were suspended from the party for indulging in anti-party activities called a press conference and they had to pay the price for showing the party its real position in the state.

I am still unware why I was showcaused and then the suspension letter came to me after it was sent to the media. Everyone knows what happened right after the election results were declared. After 12 PM on May 2 [2021], Delhi leaders were desperately looking for returned tickets to Delhi. Meanwhile, many BJP workers were being attacked across Bengal and no prominent leader was there to stand beside them. When Mukul Roy joined TMC no senior BJP leaders were present at the party office.” Majumdar added.

Majumder claimed that at various partys internal meetings he was not allowed to speak when his turn came. But he kept quite. He did not made any anti-party statement in public . After he was suspended from the party he raised his voice against the party.

Majumder claimed that state BJP is in a bad shape after the appointment of new leaders who does not have that expertise and quality to boost the morale of the party workers.

Mamata Banerjee is now the tallest national leader today to reckon with. Without knowing how to play soccer you set yourself for a game against Messi. Mamata Banerjee did notdepend on the High court. Instead she hit the ground. But what did we did we(BJP) do?. We only rely on Court verdict. During the Assembly election the state BJP relied on outside BJP leaders to strengthen their base in Bengal. I repeatedly disagreed with the idea of bringing outside leaders from Bengal to strengthen the base . Instead the need of the hour was to look after the welfare of the BJP workers who were tortured by the TMC goons. But BJP failed to address their problems.

The miffed leader said that even though several BJP leaders claim that they have risen from the ABVP movement, none of them stood up for student issues in Bengal, such as reopening of schools.

According to Majumder, the senior leadership lacked vision, which resulted in a disastrous performance of BJP in the Assembly election of Bengal.

Majumdar now gets to the heart of it, attacks the BJP’s communal focus. Asks, why did they not appoint any Muslims as leaders. Even the Jana Sangha in Bengal, he claims, had major Muslim leaders. There are 45 district committees of BJP in Bengal. Out of that in 35 district committees , the people are not aware of the district president . There is no Muslim face also . How can BJP claim to be a secular party. questions Majumder.

Ritesh Tiwari, who was also suspended with Majumdar on Monday, questioned the suspension. “We were issued a show cause notice by the disciplinary committee of state BJP. But as per we know, all committees have been dissolved,” he said.

Reacting to his suspension, an infuriated Tiwari said A coterie of leaders who had joined BJP in recent times are acting as agents of TMC and are harming its interests.

While Ghosh always tries to give a  prominent positions to those who have a political knowledge and has the capacity to mobilise the masses.

A senior BJP leader said “ The internal tussle between Ghosh and Sukanta Majumder was evident in various internal meetings which ultimately resulted in mass scale defection of various leaders from state BJP.”

Majumdar said that even though he has been served a show cause notice by the party, they have not been told the reason for the same.

“I was informed on January 23 that we have been issued show cause notice. But the notice did not mention the allegations. I want to ask, who violated the party decorum. I didn’t make any anti-party remarks.

Was my only fault was to stand beside a rebel central minister (Santanu Thakur) during a press conference, I wonder,” Majumdar added.

This comes after Matua leader Shantanu Thakur has publicly gone on the warpath with the BJP high command angry at the Modi government’s non-implementation of the CAA.

Ritesh Tiwari and Jaiprakash Majumdar were suspended by the Bengal BJP on Monday.A statement issued by the West Bengal BJP unit said Tiwari and Majumdar have been suspended till the party’s disciplinary committee completes its investigation under instructions.