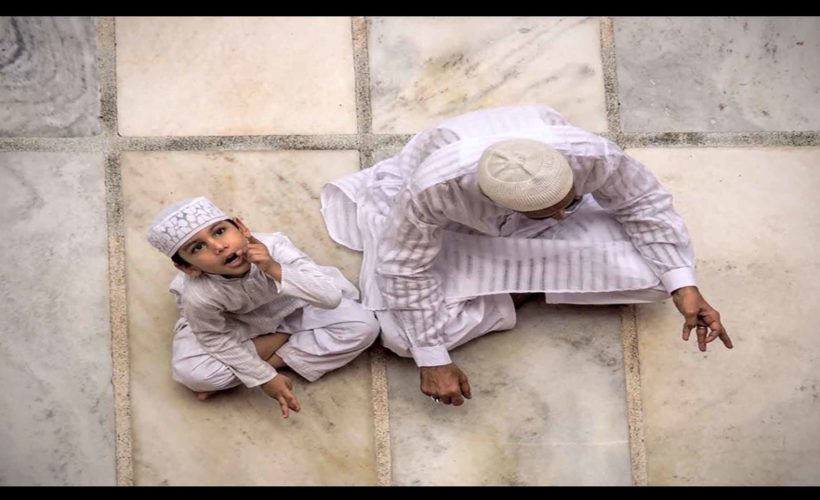 Kolkata : The grand joy that is associated with Eid is somewhere being compromised when we attach politics to it. Along with Diwali, Guru Nanak Jayanti and Christmas, Eid is one of the most inclusive festivals in India. Although politicisation of the festival started several years ago, the dangerous trend got ignited during the Lok Sabha polls campaigns.

Several politicians said the scenario on the ground was worse for the foot soldiers, particularly the right wingers who allegedly tried to take the ‘hate campaign’ to new levels.

One of the leaders hitting the headlines almost daily for her vicious comments was West Bengal Chief Minister Mamata Bannerjee. Celebrating Eid celebrations in Kolkata, didi said: “Hindus stand for renunciation (tyaag), Muslims for integrity (imaan), Christians for love (pyaar) and Sikhs for sacrifice (balidan). This is our beloved Hindustan and we will protect it.” She had followed it up with the slogan, “Jo humse takraega wo choor choor ho jaega. (Whoever messes with us will be destroyed). That is our slogan.”

Here is the Facebook Live of Mamata Banerjee : https://www.facebook.com/MamataBanerjeeOfficial/videos/442429396536728/

While the Hindu right wing started trolling her, many political observers read her comments as a fight back strategy after the BJP launched a ‘Jai Shri Ram’ campaign targeting her TMC. The TMC has been trying to counter attack with slogans like ‘Jai Hind’ and ‘Jai Maa kali’. Several BJP leaders have been talking of carrying on with their campaign until the saffron party wins the state assembly polls scheduled for 2021.

While Banerjee stands as an arch rival for the BJP, the party leaders did not spare even their allies when it came to scoring brownie points from Eid politicisation. BJP leader Giriraj Singh had gone ahead to attack Bihar Chief Minister Nitish Kumar from Janata Dal (United) along with Ram Vilas Paswan and his son Chirag Paswan of Lok Janshakti Party (LJP) for attending an Iftar party. He tweeted their photos wearing skull caps with the comments, “How nice it would have been if this photo was on Phalahar or Navratri. Why do we lag behind in our faith and religion?’’

It was only after a dressing down from his party leadership that does not want to sour BJP’s relations with its allies that Giriraj backed off. But then it was Nitish’s turn to counter the taunt and he reportedly told media persons after Eid Namaz, “Such people have no religion as every religion preaches respect and love for each other.”

On a different turf National Conference (NC) leader Omar Abdullah had asked his party leaders not to lobby for party tickets for the forthcoming Jammu and Kashmir assembly polls by using open access to him on Eid.

Over the last four decades, politicians, particularly from the mainstream secular parties, organizing Iftar parties had become a routine affair. Besides being an occasion to send across a signal of inclusion to the Muslim minority, it was also an occasion to socialize with bureaucrats, media personnel and other prominent personalities from various fields also attending these Iftars. Not only politicians, even socially influential non Muslims have also been organizing Iftars for socializing with friends and others.

“The culture of political Iftars was started by Hemvati Nandan Bahuguna in 1977 and it was soon followed by other political personalities. But this culture has eroded very fast in the last few years. I know of secular politicians who abruptly stopped organizing an Iftar after more than two decades and also of influential non political non Muslims who used to hold Iftar parties earlier,” pointed out senior political observer SMA Kazmi. He said the Congress leaders in particular have forgotten what their own party stands for and probably due to the fear of being branded as ‘pro Muslim’ have started distancing themselves from the community even on festive occasions like Ramzan and Eid.

In states like Gujarat which is quite often referred to as ‘laboratory of the Sangh Parivar’, festive occasions have been becoming non inclusive every passing year. One of the social activist pointed the day after Eid that how none of the mainstream newspapers had not greeted their readers on the occasion of the festival. The culture of Iftars never really took off there. The rise of the BJP and the opportunity this provided to the Hindu right wing has a lot to do with the politicization of Iftars and Eid. Over the last few years the cyber bullies have been targeting non Muslims who have gone out to greet people on occasions like Eid or have organized Iftars. The social media has been used effectively to generate more hate on the occasion of Eid. This year too pictures from Bangladesh were peddled as something happening in India to target Muslims on Eid. One such picture was of people praying on a road with the traffic coming to a halt somewhere in Bangladesh.

Another disturbing thing that has happened in the last few years is that non Muslims have not been getting a public holiday in many states on this occasion. This translates into very few non Muslims getting an opportunity to visit the homes of their Muslim friends and colleagues on the festival. In some places Eid has been converted into a restricted holiday while in others non Muslims are supposed to work on the day.

The political dimension of Eid is not only related to inter community platform. It is having a bearing on various sects of Islam as well. Over the last few years Shia and Sunni Muslims, who are pitted against each other historically, have been shedding their differences to offer Namaz together. This ‘Shoulder to Shoulder’ movement was started in Delhi by local residents Syed Asad Haider Zaidi and Mazin Khan.

The change in discourse is being attributed to the Muslims across the globe being targeted in the name of Islamophobhia.